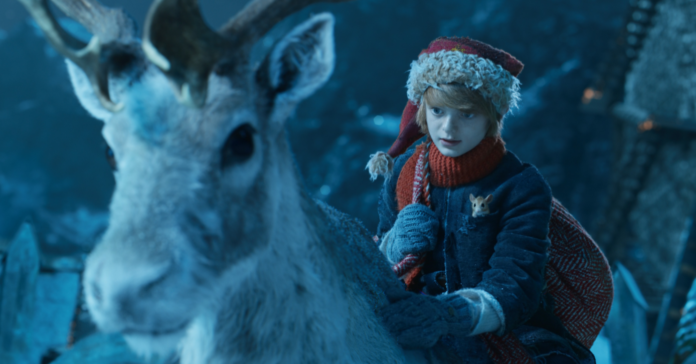 Netflix’s latest release shows what side of the “When is it too early to decorate for Christmas” argument they’re on. Releasing the day before Thanksgiving is A Boy Called Christmas, a unique take on the origin of the holiday. Nikolas (Henry Lawfull) is a boy living in a cabin in the Finnish woods with his father Joel (Michiel Huisman). Nikolas’ mother has passed, and Joel is trying to make ends meet. He had promised his wife that he would give Nikolas a good life and he intends to keep that promise. The entire kingdom they live in is suffering and feels the same hardships as Nikolas’s family. In an attempt to raise morale, the King (Jim Broadbent) offers a reward to anyone that scours the kingdom and brings back hope. Seeing a rare opportunity to turn their lives around, Joel sets out on the quest with a group of villagers. 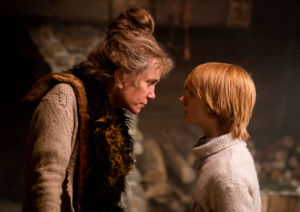 Nikolas’s mother always told stories of an elf village, Elfhelm, that existed far north. In the stories she laid out the path to get there. While Joel embarks on the multi month expedition, he leaves Nikolas under the watchful eye of Aunt Carlotta (Kristen Wiig). Carlotta is horrible to Nikolas prompting him to try and find Elfhelm on his own. With the companionship of his talking pet mouse Miika (voiced by Stephen Merchant) and reindeer Blitzen, he sets out. Nikolas is shocked to find that Elfhelm is not the happy place from his mother’s stories. Mother Vodal (Sally Hawkins) is now in charge and she’s cast a dark spirit over the once joyful land. Nikolas quickly realizes that he not only needs to bring hope back to the kingdom, but Elfhelm as well. 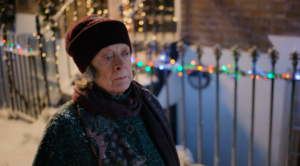 A Boy Called Christmas is directed by Gil Kenan who also wrote the screenplay with Ol Parker. The film is based on Matt Haig’s book of the same name. In the same vein of timeless classics, A Boy Called Christmas is set up as a story being told to children. Aunt Ruth (Maggie Smith) is babysitting her niece and nephews on Christmas Eve when their father is called into work. Their family has gone through a tragedy, losing their mother, and have lost their Christmas spirit. She tells them this story to try and restore their hope, just as Nikolas does in the tale. 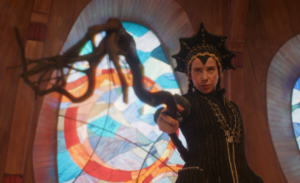 A Boy Called Christmas has all the ingredients to make a successful Christmas movie. The music that is full of whimsy and bells with a touch of magic – check. The morals and lessons to keep with you and the themes of love, hope, family, and redemption – check. The bright colors and decorations and of course toys – check. Throw in a different kind of Santa and some elf and reindeer representation to boot. Kenan and Parker cleverly tie in little aspects of the Santa we all know throughout A Boy Called Christmas. From the origin of his hat, to good ole Blitzen, there are little touching additions. They add some comfort and enjoyment to the film that is already chock-full of both. Kenan and Parker also managed to do so in a secular way, focusing on the aspects of Christmas that can be enjoyed by all.

Creating a memorable Christmas movie is no easy feat, but one that Kenan & co. have managed to accomplish. The unique take on Christmas offered by A Boy Called Christmas is refreshing and the film has staying power. The script not only features numerous memorable lines and lessons, but touching moments and plenty of humor. Some of the humor is in your face, but there are a good deal of subtle lines and jokes that do not go overlooked. Merchant’s Miika chimes in with wisecrack after wisecrack and is the welcomed constant comedic relief. The cinematography and animation are fantastic and the shifting between the story and “real life” is seamless and handled perfectly. A Boy Called Christmas builds a world full of magic and wonder that is fun for the whole family. It isn’t a stretch to imagine the film becoming part of the holiday rotation, and deservedly so.