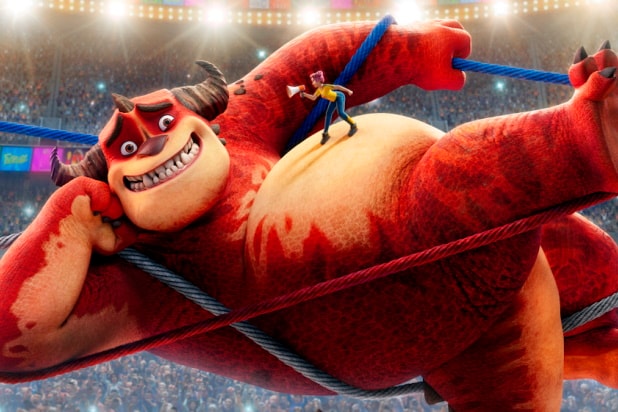 Rumble, the pro wrestling animated film that features WWE superstars Roman Reigns and Becky Lynch as part of the voice cast, has been bumped around the release calendar since before Reigns became the “Head of the Table.” First announced back in 2015, the film was originally given a July 2020 date, but has moved around multiple times, most recently to February 18th 2022. That was to be in theaters, but a new trailer confirms not only a new date, but also an exclusive streaming debut on Paramount+.

Rather than opening in 2022, Rumble will now hit Paramount+ this year on December 15th. The film takes place in a future where professional wrestling features giant monsters as its superstars. Geraldine Viswanathan voices Winnie, a human girl with a dream of following in her father’s footsteps by managing a lovable underdog monster named Steve, voiced by Will Arnett.

Rumble is directed and co-written by Hamish Grieve, best known for his work on the terrific Rise of the Guardians.