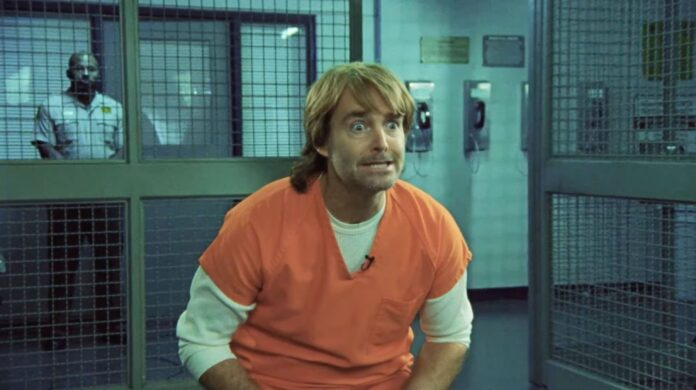 In every superhero or action hero series there comes a point when the hero is misunderstood and lands in jail. They usually get out within an episode or two. In the case of MacGruber, he’s been rotting away in prison for a damn decade. But now that the world needs him most, the throat-ripper is free and ready to come to its rescue.

Peacock is the home of Macgruber’s return, after years of trying to launch a big screen sequel to the 2010 film…which I must remind you was far from a hit. In fact, it was a gigantic flop at the box office, but became a cult favorite in the time since.

Will Forte is back as MacGruber, with Kristen Wiig returning as his ex-wife Vicki Gloria St. Elmo and Ryan Phillippe who returns as Dixon Piper. Also in the cast are Laurence Fishburne, Billy Zane, and Sam Elliott.

Acting as co-showrunners are John Solomon and Jorma Taccone, along with Forte who also writes and exec-produces. This is pretty much his baby and has been from the beginning.

After rotting in prison for over a decade, America’s ultimate hero and uber patriot MacGruber is finally released. His mission: to take down a mysterious villain from his past—Brigadier Commander Enos Queeth. With the entire world in the crosshairs, MacGruber must reassemble his old team, Vicki St. Elmo and Dixon Piper, in order to defeat the forces of evil.

Sundance Review: ‘Aliens Abducted My Parents And Now I Feel Kinda Left Out’