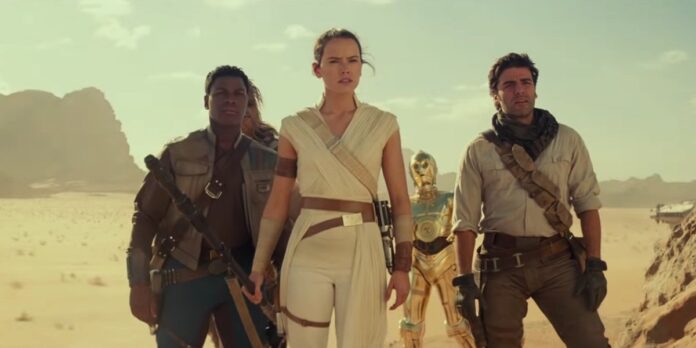 The funny thing about Star Wars is that when actors are done with their various roles in whatever trilogy they were a part of, they aren’t all that excited to return. Sure, some eventually go on to embrace everything that is a galaxy far far away, like Mark Hamill did, but that really doesn’t seem to be the case with this latest trilogy. The trio of main stars, Daisy Ridley, John Boyega, and Oscar Isaac, couldn’t get away fast enough, leaving the future of their characters in doubt.

But according to Lucasfilm president Kathleen Kennedy in an interview with Empire, there’s a chance we’re going to see some of those sequel characters return…

“Certainly, those are not characters we’re going to forget. They will live on, and those are conversations that are going on with the creative team as well.”

Pretty vague, though, right? She doesn’t single out Rey, Finn, or Poe and perhaps that is for a reason. But those characters are gigantic to Star Wars and can’t simply disappear. Since it’s unlikely the actors will come back, maybe an animated series for feature film could keep their stories alive? It’s also possible that Kennedy is referring to other prominent characters from the recent trilogy, like Rose Tico, Maz Kanata, or, and this is my hope, Billie Lourd’s Kaydel Ko Connix?

From folks who could not give a shit less to two people who apparently do still care, Kennedy also talked about the reunion of Ewan McGregor and Hayden Christensen in the upcoming Obi-Wan Kenobi series on Disney+.

“The thing that was most exciting was being on the set and watching the two of them get excited. They hadn’t seen one another in a long time. I was surprised at just how incredibly emotional it was for each of them to find themselves back in these roles, and just realizing how important ‘Star Wars’ was to each of them. It was the beginning of their careers.”

Obi-Wan Kenobi should hit Disney+ next year. As far as the movies go, well, who knows?