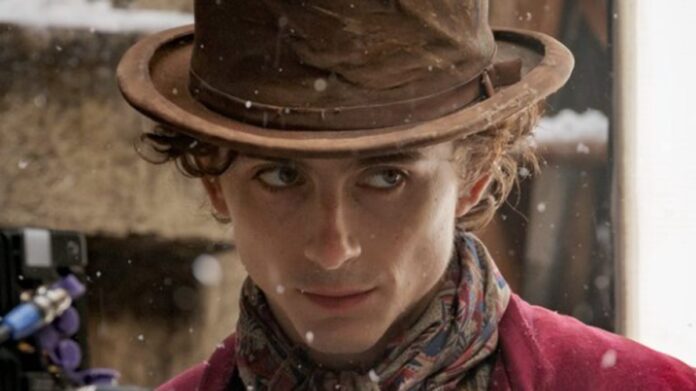 Be honest, you knew a Timothée Chalamet Willy Wonka was going to be creepy. Maybe not Neverland Ranch creepy like Johnny Depp’s version, but Comic-Con Charles Dickens cosplay stalker creepy. And that’s definitely the vibe Chalamet is giving off at this Wonka set photo, looking hungrily off-camera like he’s just found his next snack.

The film is a musical that follows an early adventure of Roald Dahl’s classic, eccentric candy peddler. Paddington director Paul King is behind the camera, with Keegan-Michael Key, Sally Hawkins, Olivia Colman, Rowan Atkinson, Jim Carter, and more joining Chalamet in the cast.

This one could go either way. It’ll either be amazing or an utter disaster. We’ll find out when Wonka opens March 17th 2023.