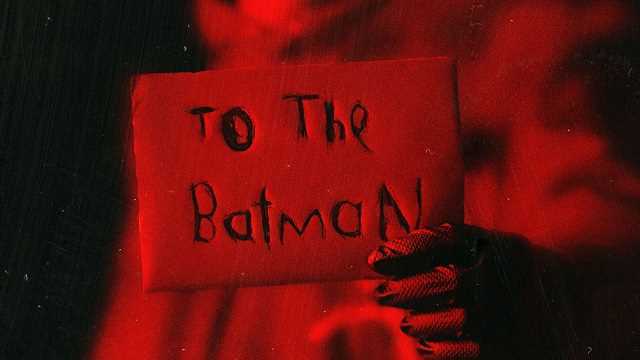 Leave it to Warner Bros. to set DC FanDome on the same weekend I’m away at Middleburg.There’s so much dropping tomorrow, it’ll be interesting to see if any of it reverberates out here. Just in regards to The Batman we can expect to see a brand new trailer, and perhaps learn even more about the direction Matt Reeves plans to take the character. But for now, there’s a teaser and a couple of posters highlighting Robert Pattinson’s take on the Dark Knight, and Paul Dano as Riddler.

I’m loving the red color scheme they’re going with as it promises a different visual from the Batman films by Christopher Nolan and Zack Snyder. The blood red makes this resemble a David Fincher-style serial killer flick, which it might actually turn out to be given how crazy Dano’s Riddle looks. Clearly, this is not the goofy dude in bright green question mark tights that we’re used to.

We finally hear Pattinson say something of note in the brief six-second teaser for tomorrow’s trailer. Honestly, I’m just glad I can understand what he’s saying. Ben Affleck had it down pat, but Christian Bale sounded like he was gargling motor oil.  Pattinson sounds good, now let’s see him nail the physical stuff.

The Batman opens in theaters on March 4th 2022.

“It’s not just a signal; it’s a warning.” ❤️ this Tweet for reminders before and when #TheBatman is released. pic.twitter.com/ouos1t3PZ4