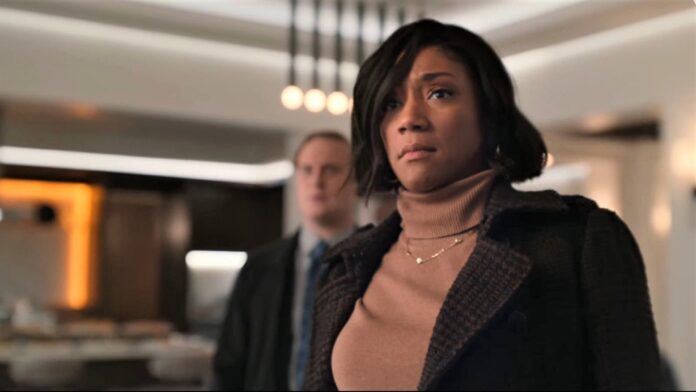 Following the success of Knives Out, everybody is looking to do their own star-studded whodunnit. Now that the sequels are headed over to Netflix, other streamers are looking to get in on the mystery fun. But the only one, at least in my eyes, that has a chance of matching what Johnson accomplished is The Afterparty, an Apple series created by Chris Miller, half of the Lord & Miller duo, and featuring an incredible cast of funny people.

Just check this out: Tiffany Haddish, Sam Richardson, Zoë Chao, Ben Schwartz, Ike Barinholtz, Ilana Glazer, Dave Franco, Jamie Demetriou, and John Early star in the murder-mystery set at a high school reunion afterparty. The series will take a Roshomon-style approach so that we see what’s up from multiple perspectives.

That cast along is worth the price of an Apple TV+ subscription.  Miller created, wrote, and directed all eight episodes. His partner Phil Lord is on board as an exec-producer. The duo are known primarily for their Jump Street films, as well as Into the Spider-verse. They’ve never really steered us wrong, have they?

The Afterparty hits AppleTV+ in January 2022.

The Afterparty is a murder-mystery comedy set at a high school reunion afterparty. Each of the eight episodes will feature a retelling of the same night told through a different character’s perspective, each with its own unique visual format and film genre to match the teller’s personality.