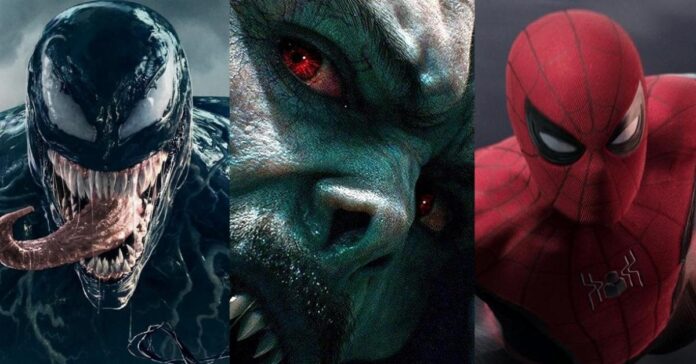 Sony’s Spider-Verse is growing, and that’s even with Venom: Let There Be Carnage doing…well, okay at $287M worldwide. Next up is a Morbius film led by Jared Leto, and a Kraven the Hunter film led by Aaron Taylor-Johnson will follow in January 2023. But now we know there will be two more Spidey-related films coming out that year, so let the speculation begin as to what they’ll be.

According to a tweet from THR writer Aaron Crouch, Sony has set June 23rd 2023 and October 6th 2023 for a pair of mystery Marvel projects.  Best guess? Venom 3 is likely for October, following on the success of the first two films. Considering how the latest one ended, it’ll be VERY interesting to learn more about that one.

As for the June date? Well, it could be anything but the frontrunner has to be Olivia Wilde’s Spider-Woman movie which is the only project confirmed. It’s possible they’ve got something else in mind, but I doubt it. Certainly, they aren’t betting enough on Morbius to plan a sequel for that so soon.

Sony also has a Silk series coming up at Amazon, and there’s also a Madame Web film in the works from the writers of Morbius. Lots in the pipeline, for sure, and we can’t forget that a Sinister Six movie seems to be something Sony is building to eventually. Will Tom Holland be a part of any of this? My gut tells me yes, but that they’ll also find a way to bring in someone to play Miles Morales who could take up the mantle.