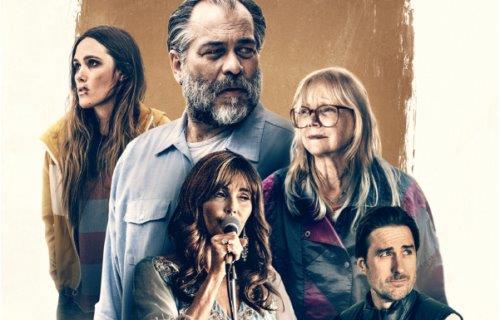 When you think of a movie titled “The Cleaner,” one would automatically think Erin Elders’ directorial debut would be about an actual “cleaner,” or someone who fixes up things after something in the criminal world has gone awry (along the lines of Harvey Keitel’s Winston Wolf from Pulp Fiction) and makes sure that whatever damage has been done has basically been “cleaned up.” However, in short-film director Elders’ directorial debut The Cleaner, it’s actually about an honest domestic worker who gets sucked into a different world after wanting to do a favor and help find a missing person for one of his customers (along with the $1,000 reward).

Buck Enderly (King Orba) spends most of his time taking over his sick mother’s fledgling cleaning business. He goes door to door either cleaning up for his clients, or trying to solicit new business by leaving flyers on homes in the neighborhood. His mother Sharon (Shelley Long) is bed-ridden and pretty much dependent on him to help run errands as well as pay rent in their mobile home. He does his duty as her son to sacrifice on her behalf, unlike his brother (Faust Checho) who is somewhat ashamed of their economic situation living in a trailer park. Buck’s only friends are his weed dealer/”marketing rep” (James Paxton), who actually messes up Buck’s business cards, and neighbor Becky (Eden Brolin), who he and his mother help out after she’s being abused by her boyfriend. Things change for him when he picks up a new client.

Jim (Luke Wilson) is one of his regulars who unfortunately tells him that his cleaning services will need to be put on hold temporarily, but as a parting gift, he tells Buck that one of his neighbors named Carlene (Lynda Carter) is in need of cleaning services. Because he always needs clients to continue to pay for his mother’s medication, he meets with Carlene. Turns out, Charlene doesn’t need any cleaning services as he home is rather spotless, but instead, she needs help trying to find her estranged son Andrew (Shiloh Fernandez) who she hasn’t seen in quite some time and is worried about him.

Leaning on his police officer brother as a resource, Buck turns into an almost private investigator as he begins to peel the onion off layer by layer as he learns about Andrew and his world. Turns out, Andrew is into some serious stuff. He’s leaving behind debts everywhere he goes as well as the wrong kind of people looking for him. This sucks Buck into a world that he’s not familiar with. While Buck is almost effortlessly navigating being a PI with ease, it’s far removed from his day to day of just cleaning houses. One might wonder if he should instead take his talents to investigations.

Unfortunately, the main driver of The Cleaner is also the least interesting. Buck’s family dynamic with his mother, brother, and newfound friend Becky makes for a much more interesting tale of different people all connected either through circumstance or via family works for this film a lot better than the mystery about what’s going on with this kid who doesn’t want to be found. There are some events that happen towards the end of The Cleaner that help provide clarity as well as resolve that part of the story, but it, unfortunately, pales in comparison to other moments of the film.

Now that doesn’t mean that The Cleaner is by any means not an intriguing movie. In addition to director Elders writing the script, Buck himself King Orba is also a screenwriter for the film, and both are able to deliver an interesting story surrounding the family dynamic Buck is dealing with. In addition to the script, the acting across the board is great. There is an Easter Egg smorgasbord of various character actors you know and love including MC Gainey, Mike Starr, Matty Cardarople, and Noel Gugliemi (who is once again playing a Latino named “Hector”) in The Cleaner, and they all deliver for their roles. Overall, The Cleaner is a well-acted character study on family and stepping out of your comfort zone and worth the watch!

The Cleaner is currently available on VOD.