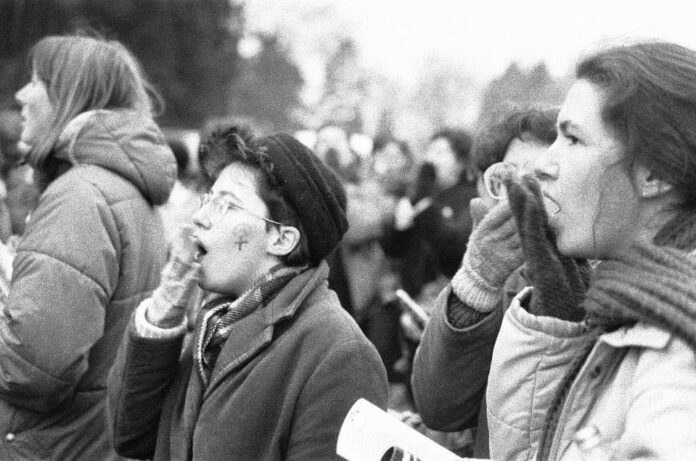 Mothers of the Revolution is an all new feature-length documentary that tells the story of the extraordinary women/mothers behind the Greenham Common Peace Camp in Europe. On September 5th, 1981 and rapidly reaching the height of the USA vs. Russia Cold War, a small group of women caught between two heated powerhouses came together to change the world. Desperate and fearful of pending nuclear war, these women of resilience marched from Wales to Berkshire to protest over nuclear weapons being sent to locations throughout Europe but more specifically, the RAF Greenham Common. A new location acquired by the U.S. to store these mass weapons of destruction that just so happens to be within a 50 mile radius of Moscow, Russia. The Greenham Common Women’s Peace Camp that followed, challenged world leaders, altering the course of history. They went on to inspire millions as the world’s first and biggest female-only demonstration, preceded only by the suffragettes. Even finding themselves serving in the same prison as their previous suffragette pioneers. 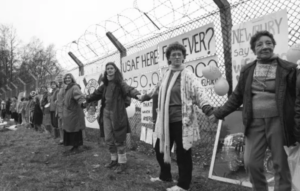 Mothers of the Revolution is directed by Briar March (Coffin Club, There Once Was An Island) and produced by prolific filmmaker Matthew Metcalfe (The Dead Lands, McLaren) and Leela Menon (Born Racer, Wayne). This fantastic documentary is narrated by Glenda Jackson, features interviews with key participants including Julie Christie and Rebecca Johnson, archive footage, and phenomenal dramatic reconstructions from the Greenham Common Women’s Peace Camp that takes you through one of the longest protests in history. Since the initial 1981 kitchen table talks, thousands of women and supporters from around the world came together at Greenham Common to take a committed stand against nuclear proliferation. 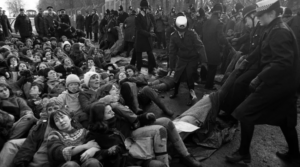 Forty years ago, these everyday human beings began with that first step on their march to becoming the unsung heroes of a movement that ultimately changed the world. The Greenham Common Campaigners pushed every line, even connecting with Soviet counterparts, like the ever so courageous, Olga Medvedkov. Together these women exposed the horrific practice of the Bikini Atoll tests, which dropped nuclear bombs near the Marshall Islander people and peacefully broke Greenhamn compound several times to make themselves known and delay the arrival of these weapons. Global Press painted these women as hooligans and transients even going as far as trying to label THEM as terrorists. The Greenham Common Peace Camp women were often met with male mockery, harassment, and brutality for their dedicated commitment but these kick ass women stood their ground; even dangerously negotiating for peace talks with US and Soviet top political officials. A personal, spiritual, and sacrificial journey that for some of these women would have a considerably emotional, more often, heartbreaking impact on their lives. A must see documentary that will keep you on the edge of your seat, eager to know what happens next, and even reaching a point where you want to stand by their side in the fight. There should absolutely be a Remembrance Day for them and their brave and resilient actions. Mothers of the Revolution is playing now in Digital platforms. Go watch it!

Mothers of the Revolution is on Digital Platforms October 19th.