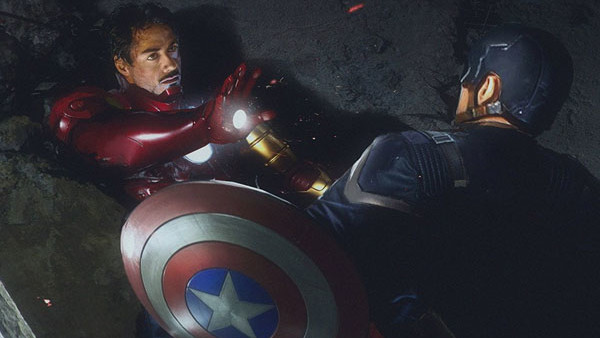 The Ike Perlmutter era at Marvel Studios may have been financially successful, but creatively? That’s a different story. Ironically, it was the “Creative Committee” established by Perlmutter which caused the most problems, leading to the homogenized feel so many Marvel movies had during that time. The group, which included comics writer Brian Michael Bendis, publisher Dan Buckley, Marvel E-I-C Joe Quesada, and other insiders, was broken up in 2015, and later Kevin Feige convinced Disney to make Marvel Studios a separate entity similar to Pixar and Lucasfilm.

We’re still hearing about the bad ideas that flowed like muddy water from the Creative Committee, though. One has to do with Captain America: Civil War, a film that really flipped the MCU on its head with a conflict that broke up the Avengers. And it was that turbulence that terrified the Committee, which sought to remove the final battle between Iron Man and Captain America. What the fuck would this movie have been without it?

“We had to do a draft where they had a fight in a submarine base with five super soldiers,” co-writer Stephen McFeely explains in the pages of The Story of Marvel Studios (via Slash Film).

Co-director Joe Russo added, “We kept saying, ‘There’s nothing interesting about that film. We’re not here to make that movie. We’re not interested in telling another superhero story.'”

The group wanted to do just another generic superhero movie, and faced pushback from the filmmakers and Feige, who had finally had enough…

Russo said, “Civil War started a civil war in Marvel. But when we drew the line in the sand, it became a moment where that company was either going to slowly bend back toward where it had come from, or it was gonna slowly start to bend toward new territory.”

The rest is Marvel history. I look at Civil War as the moment when the MCU really started to evolve. Prior to that, I had always said the Marvel films were good but not much blew me away. Now I count some of them as my favorites ever and expect there will be plenty more. If Perlmutter and his Creative Committee were still around things would be very different and not for the better.