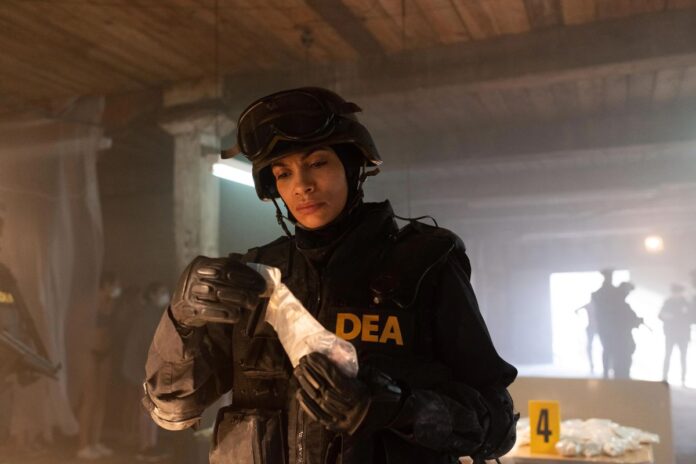 Roanoke Times reporter Beth Macy has covered on the opioid epidemic for nearly a decade. It was her book Dopesick: Dealers, Doctors and the Drug Company that Addicted America that outraged Game Change and Empire writer Danny Strong enough to think about making it into a TV show.

“Once I started researching the crimes of Purdue Pharma it was a rabbit hole of disbelief. I could not believe the extent in which they lied, manipulated, and misbranded their drug,” he told me in a Zoom call. That outrage was channeled into Hulu’s Dopesick, a new miniseries starring Michael Keaton, Peter Sarsgaard, Will Poulter, Rosario Dawson and Kaitlyn Dever.

The resulting eight-episode series covers all sides of the opioid crisis from the doctors, to the patients, to the DEA agents, to the attorneys trying to find answers, to Purdue Pharma’s ringleader Richard Sacklers. It is not only an unflinching look at the crisis but one filled with surprising levity and true crime flair, all of which I discussed with Macy and Strong below.

You can stream Dopesick on Hulu now, and check out all of our coverage here.