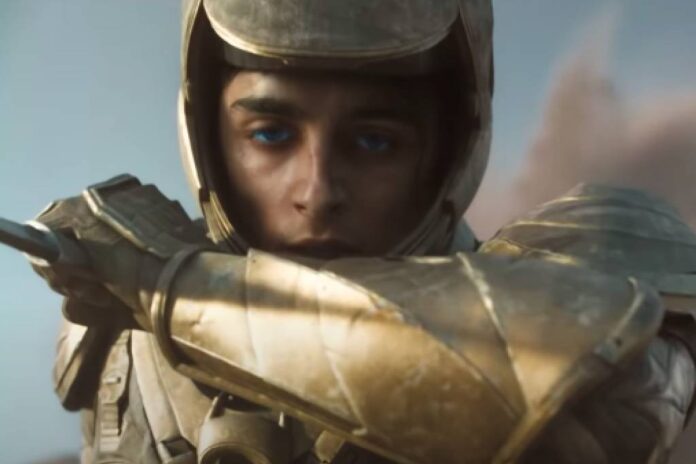 Denis Villeneuve’s Dune hasn’t opened stateside yet, but already it’s killing it overseas with over $100M earned. That bodes well for the sci-fi epic which the filmmaker hopes will lead to sequels, since the first movie roughly covers half of Frank Herbert’s novel. There’s already a spinoff on the way, Dune: The Sisterhood, exclusive to HBO Max. But it ALL depends on the movie’s overall success, which is why you’re getting one more trailer before it opens.

If you’re like me and not at all into Dune, this trailer probably won’t do much to convince you. However, it’s tough to deny the cast and Villeneuve’s talent as a director. If anybody can make us forget the terrible, inexplicable cult favorite 1984 film, it’s Villeneuve.

Here’s the synopsis: A mythic and emotionally charged hero’s journey, “Dune” tells the story of Paul Atreides, a brilliant and gifted young man born into a great destiny beyond his understanding, who must travel to the most dangerous planet in the universe to ensure the future of his family and his people. As malevolent forces explode into conflict over the planet’s exclusive supply of the most precious resource in existence–a commodity capable of unlocking humanity’s greatest potential–only those who can conquer their fear will survive.

Dune opens in theaters and HBO Max on October 22nd.