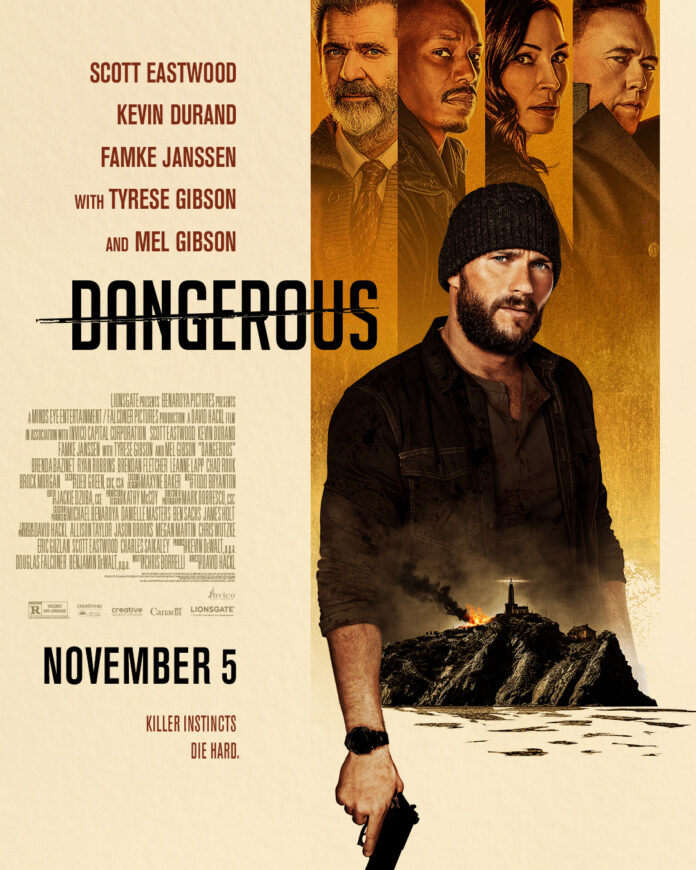 In the high-octane action flick Dangerous, you’ve got two veterans of the Fast & Furious movies, two veterans of the X-Men franchise, and Braveheart himself. What’s not to like? Scott Eastwood, Tyrese Gibson, Kevin Durand, Famke Janssen, and Mel Gibson star in the film from Saw V director David Hackl, and the trailer promises edge-of-your-seat thrills. The film is written by Christopher Borrelli (The Marine 2).

Here’s the synopsis: Ex-con and reformed sociopath Dylan Forrester (Scott Eastwood) is trying to quietly serve out his parole — with the help of a steady supply of antidepressants and his eccentric psychiatrist (Mel Gibson). But when his brother dies under mysterious circumstances, Dylan breaks parole and, with a dogged FBI agent (Famke Janssen) on his trail, goes to uncover the truth. A band of heavily armed mercenaries wants something Dylan’s brother was hiding, and Dylan will need all his guile and tactical skills to survive in this action-packed thriller costarring Kevin Durand and Tyrese Gibson.

Dangerous opens in theaters and VOD on November 5th.

‘Lethal Weapon 5’: Mel Gibson In Talks To Direct And Star For HBO Max