DC Fandome is on now! So make sure to check it out, but for now we’re going to bring you as much news as we can when it comes.

Things started off HUGE with Dwayne Johnson introducing the first live action footage of his upcoming blockbuster Black Adam. We will bring you the footage as soon as it become available but for now, Marvel (forgive the pun) at the screenshots below. One thing is for sure, Johnson’s Black Adam is not just the most electrifying anti-hero in DC, but he may just be the most terrifying.

The clip opens with, what I assume to be, our heroes locating the tomb of Black Adam, calling down the power of Shazam and unleashing this angry demi-god upon the land. I hope they wore their brown pants…. 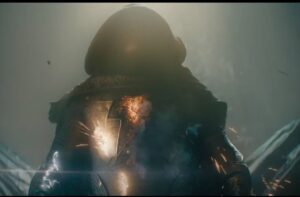 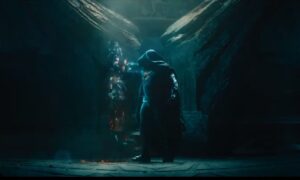 PS. While I type this, an entirely “over this stuff” Grant Gustin is intoducing his new uniform for the CW’s The Flash. C’mon man, you could at least be a BIT fake excited.

UPDATE: We have the footage!

Dwayne Johnson Hits Back, Talks “Guts To Fail, Desire To Succeed” At DC