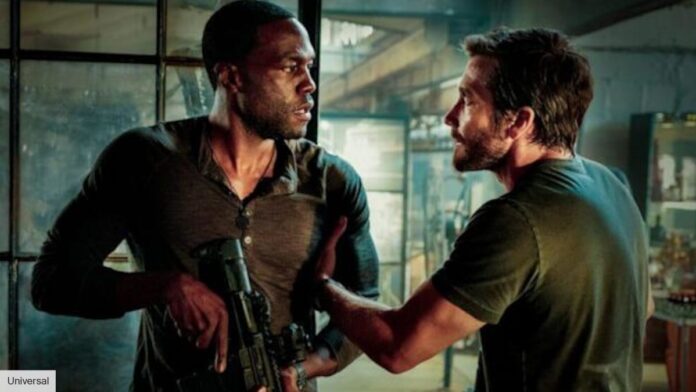 Michael Bay’s previous film, 2019’s 6 Underground, sorta came and went on Netflix. I’m sorry, but Michael Bay is not a filmmaker whose stuff should be on TV. It’s just not. Ambulance is more like it, though, and in 2022 he returns to the large format action we’ve come to expect, and he’s bringing Jake Gyllenhaal and Yahya Abdul-Mateen II with him.

The new trailer for Ambulance is exactly what you’d expect from Bay: fast, loud, and dramatic as Hell. Abdul-Mateen plays a military vet and family man who desperately needs money for his wife’s surgery, and turns to a criminal friend played by Gyllenhaal who pulls him into a heist worth millions of dollars. Things to to shit from there, and the duo find themselves fleeing in an ambulance with a driver played by Eiza Gonzalez, and a wounded officer inside.

Believe it or not, Ambulance is a remake of a 2005 Danish film. The English version had been in the works for a while, with Philip Noyce (Salt) attached at one point, followed by Navot Papushado and Aharon Keshales (Big Bad Wolves). It’s undergone a lot of revisions, too. The earliest version was closer to the original, and had Dylan O’Brien starring with Gyllenhaal as brothers.

Set during one day in Los Angeles, a working-class guy who desperately needs $231,000 for his wife’s surgery reaches out to a criminal friend, who talks him into taking part in a $32 million bank heist. The robbery goes wrong when the two shoot an LAPD officer, and they are soon on the run in an ambulance with an EMT and the dying officer as their prisoners.