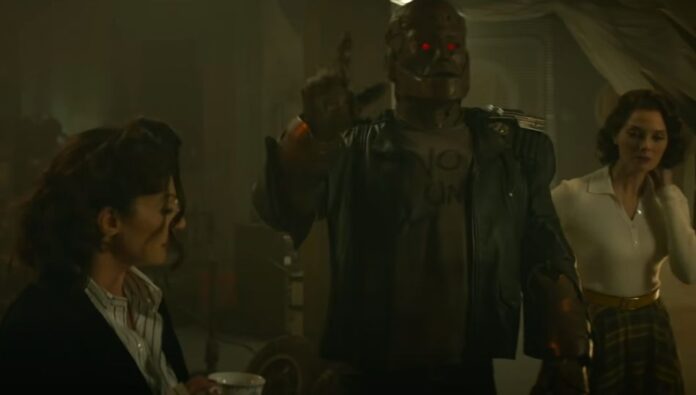 Of all the shows that I was surprised I ended up loving Doom Patrol has to be near the top. It is easily one of the weirdest shows on television, and if I recapped an episode for you there is literally no chance you’d add it to a “must-see” list. The thing is, it works, it REAALLY works and I’m not entirely sure why. The cast is amazing with fan favorite Brendan Fraser (well, his voice mostly) and my latest dream girl Diane Guerrero functioning as the stand-outs, but really it’s more then just a great ensemble. Truth be told, all of the shows that came out of the, now defunct, DC Universe app are solid. I’m currently mid-way through season 3 of Titans and enjoying every minute, the beautiful thing is that this season will finish up just in time to lead into Doom Patrol‘s third season premier.

In case you’re out of the loop, we last saw the Doom Patrol finally settling down after an insane battle with the imaginary friend of their leader’s (Chief played excellently by Timothy Dalton) half-simian daughter Dorothy (did I mention this show was a little odd?). According to the trailer below, season 3 is going to bring things to a whole different level, or I guess I should say time, as a mysterious woman shows up claiming to be a time traveler. While not a ton about the season’s plot is revealed, one thing is for sure, they are doubling down on the weird and I couldn’t be happier about it.