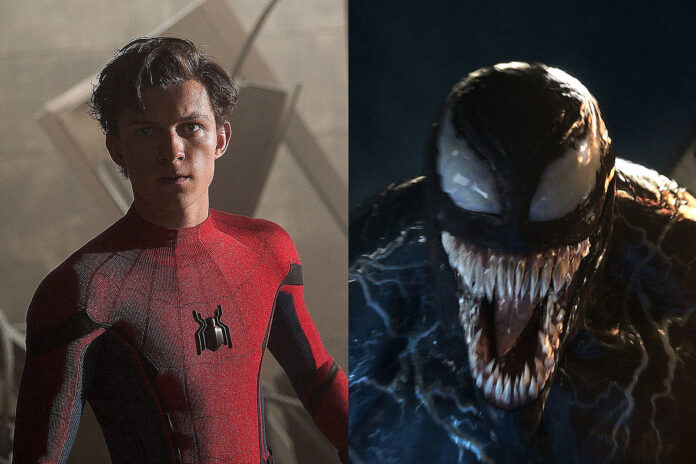 How can you have Spider-Man and Venom movies on the big screen at the same time without these two rivals eventually fighting one another? It’s just…unnatural. There will continue to be questions about an eventual crossover between the two franchises until one finally happens, and with Tom Hardy out there promoting Venom: Let There Be Carnage, he’s the target.

Speaking with Esquire, Hardy first talked about prospects for a third Venom movie, making it clear that Sony needs to see how this sequel does first…

“I’m thinking about the third movie as well, because I think you need to write that at the same time. A third won’t be greenlit until the second is successful, but the studio were really, really pleased with number two.”

When the conversation turned to a possible Venom/Spider-Man confrontation, Hardy said he was all for it, while noting that it’ll take some work for Marvel Studios and Sony Pictures to cross that bridge…

“I would be remiss if I wasn’t trying to steer any kind of connectivity,” Hardy said. “I wouldn’t be doing the job if I wasn’t awake and open to any opportunity or eventuality or be excited by that. Obviously, that’s a large canyon to leap, to be bridged by one person alone, and it would take a much higher level of diplomacy and intelligence, sitting down and talking, to take on an arena such as that.”

“Should both sides be willing, and it be beneficial to both sides, I don’t see why it couldn’t be. I hope and strongly, with both hands, push, eagerly, towards that potential, and would do anything to make that happen, within what’s right in business. But it would be foolish not to head towards the Olympic Games if you were running 100 metres, so yeah! I want to play on that field.”

Hmmmm…I think this situation gets worked out after Venom: Let There Be Carnage opens on September 24th and Spider-Man: No Way Home opens December 17th.

Tom Hardy To Get His First Writing Credit For ‘Venom: Let There Be Carnage’