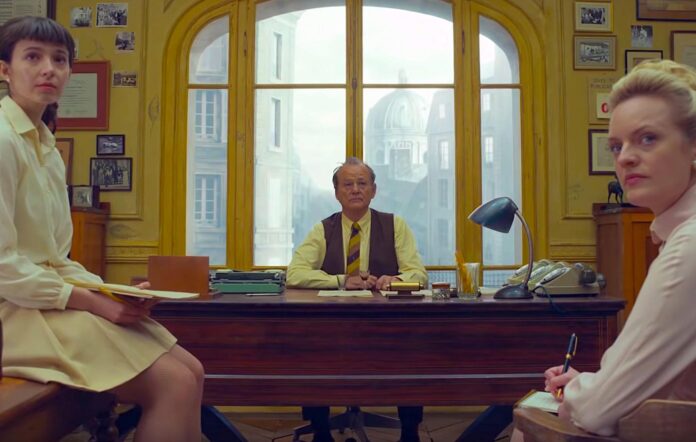 When The French Dispatch dropped its first trailer before the pandemic, we found out the larger narrative of a French-American newspaper being run by Bill Murray will be broken down into smaller stories.

On Tuesday, Indian Paintbrush and Fox Searchlight released three 30 second trailer previewing what to expect from these smaller stories.

The Concrete Masterpiece by J.K.L. Berensen

Tilda Swinton takes us to a French prison where Benicio Del Toro is an acclaimed painter and maybe murderer. Adrien Brody plays a rich inmate looking for answers and to buy a painting.

The Cycling Reporter by Herbsaint Sazerac

Owen Wilson gives us a history of a few French trade towns from the comfort of his bicycle. Just don’t as him to show you a flower shop.

“Revisions to a Manifesto” by Lucinda Krementz

Frances McDormand is critical of Timothee Chalamet’s grammar, his political moment, and his love life. Lyna Khoudri also stars as the other half of Chalamet’s love/hate relationship.