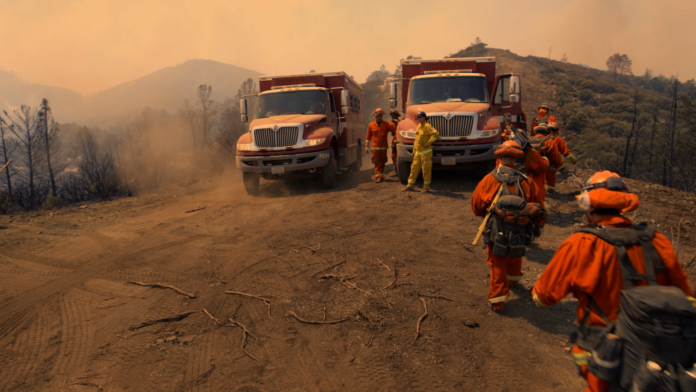 Californian wildfires are an annual occurrence terrorizing large parts of the state. Not only do they destroy forests but claim lives and property. Fireboys tells the story of a certain sect of the firefighters that battle these infernos. Approximately half of the almost 9,000 firefighters tasked with keeping these fires contained are incarcerated people in fire camps. These prisoners are trained to battle the flames and play a vital part in the attempt to control the annual fires. One unique fire camp, Pine Grove, serves incarcerated youth. 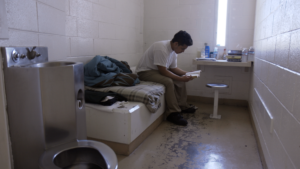 Pine Grove houses only 80 incarcerated youth and admission is very competitive. Miss P, an officer affiliated with Pine Grove, goes to different facilities recruiting interested parties. She tests them physically and mentally and interviews them individually. Upon acceptance by the review board, eligible youth are transferred to Pine Grove. Fireboys focuses on two of those youth – Alex who is a new recruit, and Chuy who is a seasoned vet that is about to be released. Alex and Chuy are on opposite ends of the spectrum. Alex is the fresh new face who is trying to prove his worth and make a name for himself at Pine Grove. Chuy is first man, the “leader” of the Pine Grove youth. It is a prestigious position that he values and cherishes. 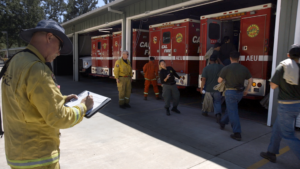 Fireboys is directed by Jake Hochendoner & Drew Dickler. Hochendoner and Dickler have a history of creating documentaries focusing on social just issues. Fireboys is another documentary that fits perfectly within their repertoire. The film not only highlights the recruiting and responsibilities of the youth at Pine Grove but discusses aspects of juvenile incarceration and reentry upon release. Hochendoner and Dickler overlay images of the infernos and youth fighting them with narration of their thoughts and experiences. This is a powerful combination that helps give the audience a sense of not only the danger, but the feelings of youth who pass through Pine Grove. 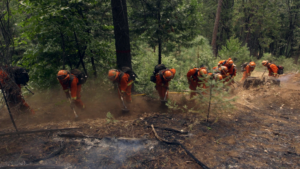 Fireboys has an interesting premise and is an important story to shed light on. A consistent message portrayed by the youth is the freedom they crave that Pine Grove provides them. Hochendoner and Dickler highlight this contrast with angled shots of blank concrete walls and gray muted colors at other detention centers. Fireboys does drags on at times and there doesn’t seem to be a central purpose. The social justice aspects aren’t fully discussed until the film is winding down. A more thorough examination would’ve served Fireboys well and given it more staying power. The interesting premise does make Fireboys worth a watch, but you may be left craving more discussion about the issues at hand.