Home TV Apple TV+ Review: ‘CODA’Emilia Jones Sings Her Heart Out In A Crowd-Pleaser About A...
Facebook
Twitter 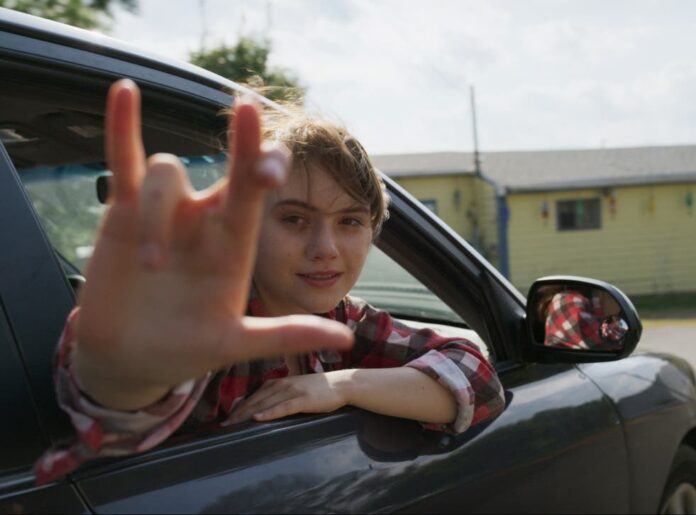 *NOTE: This review was originally published as part of our 2021 Sundance Film Festival coverage. CODA opens in theaters and Apple TV+ on August 13th.*

CODA is the kind of heartwarming crowdpleaser that Opening Night at Sundance is made for. However, this coming-of-age dramedy about an anxious teen girl eager to leave her tiny New England fishing village is fresh with new perspectives, tensions, and loves. The title refers to Children of Deaf Adults, and the lead character, Ruby Rossi, played in a truly breakout performance by Emilia Jones, must balance her passion for singing with her family’s need of her as an employee and, most importantly, interpreter.

For a festival that prides itself on inclusiveness, CODA reminds us that Sundance can stick to what it does best even in the midst of so much change. The film is undeniably charming and grabs you early, even though the trappings of it feel very familiar. There’s a little bit of everything here: high school angst, first love, musical comedy, and more. But what writer/director Sian Heder’s sophomore effort, after the 2016 Sundance film Tallulah, is a unique look at the complications of a mixed-ability family, and how that adds a different spin on universal issues.

17-year-old Ruby has been communicating with her family, mom Jackie (Marlee Matlin), dad Frank (Troy Kotsur) and older brother Leo (Daniel Durant), all three deaf, through sign language as long as she’s been able to talk. A family of fishermen, their struggling way of life is being infringed on by an excess of government regulations. Further, they don’t really feel like part of the fishing community due to their disabilities. Ruby acts as their bridge to the hearing world, but also as a deckhand, running herself ragged between early mornings at work, then school, then caring for her family’s needs.

But there’s more to Ruby than just school and fishing boats. She also loves to sing, and the film begins with her belting out the sounds of Etta James’ “Something’s Got a Hold on Me.” At this point, we’re blissfully unaware that her father and brother, working steadily, can’t hear a note of it. Once we do, the sadness of that realization settles in, and only deepens as Ruby’s true talent begins to emerge.

A crush on Miles (Sing Street‘s Ferdia Walsh-Peelo) has Ruby signing up for choir at school, where she’s guided by eccentric, stern music teacher Bernardo “Mr. V” Villalobos (Eugenio Derbez). He sees something truly great in Ruby, and pairs her up with Miles to sing a duet of “You’re All I Need”, followed by an endorsement for her to attend music school in Boston.

The beats of Miles and Ruby’s tentative, puppy love are sweet and unremarkable. It’s Ruby’s interactions with her family where CODA really stands out. Ruby’s true passion is in song, not fish, but her parents might not be able to get by without her. Sure, as her brother scolds one day, “they got along fine” before she was born, but the business depends on her and it becomes clearer that Ruby is the glue that holds them all together.

More to the point, music is one of those things Ruby can never truly share with them. That need to be around others who can appreciate her singing is a longing that she feels deeply. Each of the family deals with this growing recognition in different ways. Her father, something of a jokester who farts and curses in exaggerated ASL, tries to be sympathetic. Jackie feels the growing divide with her daughter more acutely, while Leo is eager for the chance to shoulder more of the burden.

Heder has a lot of tones to juggle, and wisely chooses to go with a light, gentle approach that will leave you smiling. The singing scenes at school are pretty low-key, not at all on the level of anything by Ryan Murphy, thank goodness. They sound like teens, who show talent but are still coming into their voices. The exception is Jones, whose voice is powerful and soulful, booming over the others her age. As Ruby, she delivers a performance of stunning maturity, apt for a character who has been forced to grow-up long before her time. It’s also just a joy to see Marlee Matlin, the Oscar-winning Children of a Lesser God actress, back in a film that treats the deaf like real, complex people, rather than making them impossibly kind-hearted or objects for sympathy. Ruby’s parents are just as clueless, concerned, and embarrassing as hearing parents. A recurring gag about Frank and Jackie’s horniness threatens to wear out its welcome but Heder keeps it cool. Not so much with Derbez, whose over-the-top flamboyance has made him a favorite in many hit comedies both here and in Mexico, but it almost feels like he’s working on a different wavelength as the other actors.

Moving easily and confidently between speaking and sign, including moments of intense quiet, Heder never fears alienating her audience. In fact, a few minutes of silence in the final act, during a life-changing recital, lead to a moment of such sincerity it’ll make your heart swell. CODA‘s one of those unassuming films, nothing particularly flashy about it, that takes you by surprise and makes you want to sing.