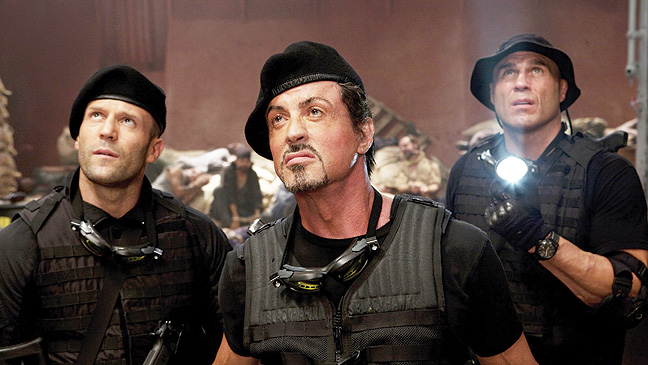 The Expendables weren’t so expendable after all. It’s been seven years since Sylvester Stallone, Jason Statham, and a slew of action stars mounted up for the last Expendables movie, and following rumors that a new movie was in the works and shooting in October, THR confirms it along with a trio of new additions to the cast.

Megan Fox, Curtis “50 Cent” Jackson, and martial arts superstar Tony Jaa are the newest recruits to The Expendables franchise. They’ll be joined by Stallone, Statham, Randy Couture, and Dolph Lundgren who will reprise their earlier roles.

Just as we had learned recently, the focal point of this new movie will be Statham’s character, Lee Christmas. The working title had been revealed as “Christmas Story”, giving that aspect away clearly. Fox will take the female lead.

Behind the camera is Scott Waugh, known for directing Need for Speed and the military flick Acts of Valor. The script is by Spenser Cohen wrote the script with revisions by Max Adams and John Joseph Connolly.

Previous Expendables films were basically a showcase for action stars of the ’80s and ’90s, and featured appearances by Arnold Schwarzenegger, Chuck Norris, Mel Gibson, Antonio Banderas, Wesley Snipes, Harrison Ford, and Jean-Claude Van Damme. The addition of Jaa more than fits the bill, although some of us have been waiting patiently for Jackie Chan to show up.