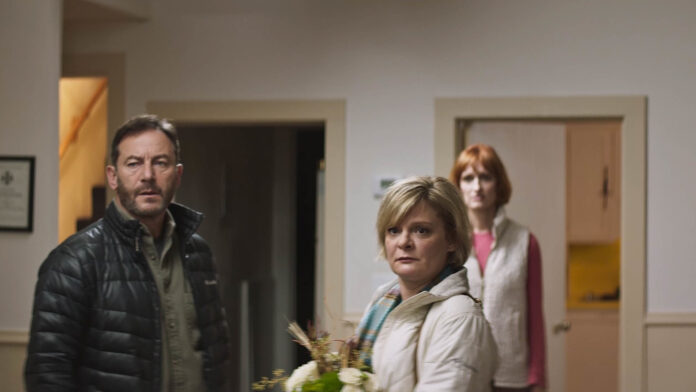 Movies are a reflection of our times, the good and bad. Sadly, with the uptick in gun violence, so too have we seen a rise in movies dealing with the subject of mass shootings. One of the most talked-about films at Sundance this year was Mass, the directorial debut by Dollhouse actor Fran Kranz, which deals with the impact of such a tragedy on those left behind.

Jason Isaacs, Martha Plimpton, Ann Dowd, and Reed Birney star as two sets of parents, one the victim of a tragic gun shooting, the other for the shooter. They’ve met years later to try and put the past behind them, but as you can see from the new trailer, it does not prove to be easy.

Single-location dramas are tough to pull off even for veteran filmmakers, so Kranz has given himself quite a challenge. Making things even tougher is the weightiness of the material and the concentrated emotions, which could be hard for some audiences to handle. The response to the film at Sundance was really strong, though.

Mass will open in theaters on October 8th.