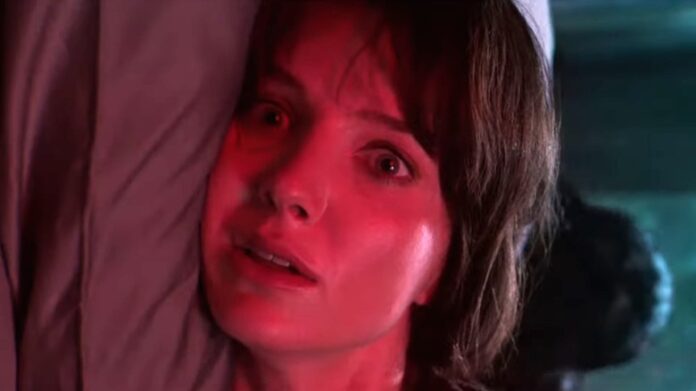 Imaginary friends in almost any movie are a bad thing. In horror movies they almost never are on the side of helping anybody stay alive, only to kill. Such is the case with Malignant, a return to horror for Aquaman and The Conjuring director James Wan.

Wan reunites with Annabelle star Annabelle Wallis for the film, which follows a woman who dealt with her childhood trauma with the help of an imaginary friend who comes back to haunt her as an adult.

Malignant opens in theaters and HBO Max on September 10th. After this short horror break, Wan will jump right into Aquaman and the Lost Kingdom.

“Malignant” is the latest creation from “Conjuring” universe architect James Wan (“Aquaman,” “Furious 7”). The film marks director Wan’s return to his roots with this new original horror thriller. In the film, Madison is paralyzed by shocking visions of grisly murders, and her torment worsens as she discovers that these waking dreams are in fact terrifying realities.