Home TV HBO Max If You Didn’t Think It Could Get Weirder, You Were Wrong. HBOMax...
Facebook
Twitter 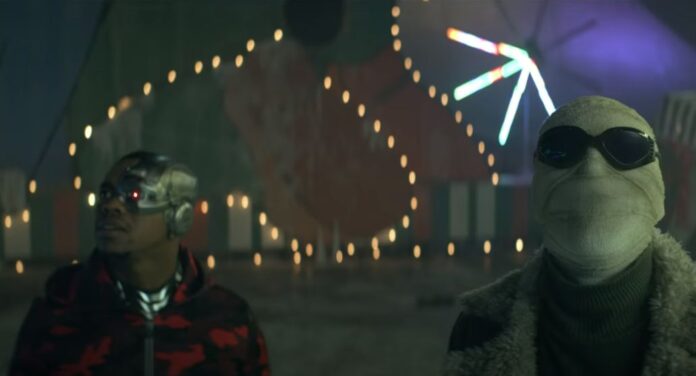 Doom Patrol is heading into it’s third season and, to be honest, I’m still amazed by how much I enjoy this show and, really, how they’ve been able to craft unbelievably weird into endearing. I mean, the second episode of the season saw half the case swallowed by a goat and one of the top side characters is a street….like an actual street, with stores and everything. That shows the importance of great writing and the right cast. From my next ex-wife, Diane Guerrero to Brendan Frasier (with a side of Timothy Dalton mixed in for flavor), every role seems to be cast perfectly and every cast member seems to be enjoying the hell out of their time on the show. These things mixed together provide a zany counterpart to the more serious, but equally awesome Titans (which premiers a new season later this month).

When we last saw the societal outcasts of the Doom Patrol they had basically lost a battle to the Candlemaker. The Candlemaker, of course, being the lead imaginary friend of Doom Patrol leader Niles Caulder’s half-beast, eternally young, daughter. You know, that old ditty. This new teaser for season three doesn’t give us a whole lot in terms of plot, other then the fact that everyone seems to have survived. What it does confirm is that the show’s tone, feel, and funny, survived the move to HBOMax (with prior seasons airing on the, now defunct, DCUniverse app), and really isn’t that all that matters?

Official Synopsis:
Go through the looking glass with a super-powered gang of outcasts (including Matt Bomer as Negative Man, Joivan Wade as Cyborg, Brendan Fraser as Robotman, and more). Last seen at a decrepit amusement park where Chief (Timothy Dalton) witnessed his metahuman daughter, Dorothy (Abigail Shapiro) engaged in a fiery face-off with “The Candlemaker,” an ancient evil deity who will stop at nothing to fulfill his world-ending destiny, join the #DoomPatrol for an action-packed third season.