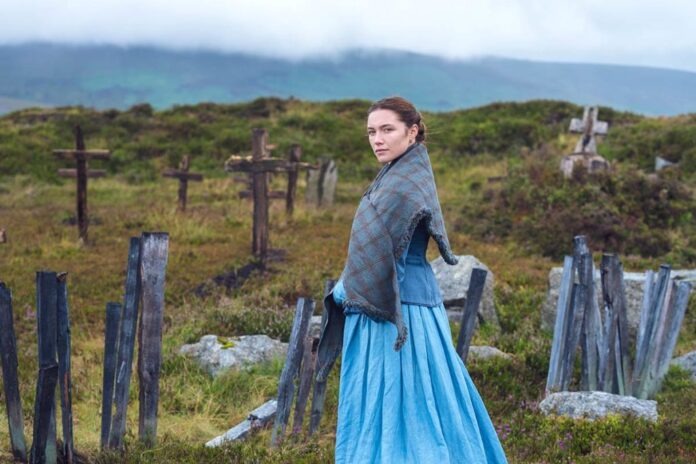 It didn’t take long, but I think Florence Pugh has made us all fall in love with her. We’ll not only watch anything she’s in, from Midsommar to Little Women to Black Widow, but even follow the heck out of her social media where she comes across as someone cool to just hang out with. And that makes this first-look at her upcoming role in The Wonder all the more exciting.

Netflix has released the first image of Florence Pugh in The Wonder. It’s the latest film from director Sebastian Lelio, known for acclaimed dramas Gloria, its American remake Gloria Bell, Disobedience, and A Fantastic Woman.

The story is based on author and co-screenwriter Emma Donoghue’s novel about a young girl in the 19th-century Irish Midlands who can apparently survive without food. Pugh plays an English nurse who has come to see if this is truly a medical anomaly or something miraculous. Also in the cast are  Tom Burke, Niamh Algar, Elaine Cassidy, Kíla Lord Cassidy, Toby Jones, Ciarán Hinds, Dermot Crowley, Brían F. O’Byrne, and David Wilmot.