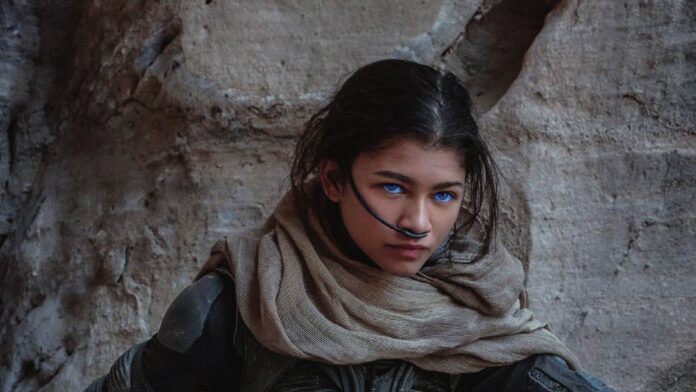 Denis Villeneuve and Warner Bros. had big franchise plans to coincide with Blade Runner 2049‘s release, but when the film only did okay at the box office they fell through. There are similar aspirations for the director’s two-part adaptation of Dune, but I would argue similar concerns as it again targets a very specific sci-fi audience.

While Dune doesn’t arrive until October 22nd in theaters and HBO Max, development is underway on Dune: Part Two with a script co-written by Villeneuve and Jon Spaihts (Prometheus). But he says to Total Film if the sequel is going to happen it will depend on how the first movie performs…

“So the first thing was to prove that there was a beautiful, popular movie that can exist, and I think that I proved that – everybody at Warner Bros and Legendary, they are 100 percent behind the project. They feel that it would need a really bad outcome at the box office to not have a Dune: Part Two because they love the movie. They are proud of the movie, so they want the movie to move forward. And they still did half of it. So, you know, I’m very optimistic.”

“I’m writing [Part Two] now, and I feel like I’m eight years old again. That’s very uncommon for me. It’s the first time I’ve experienced it where I’m watching one of my movies, and I have a moment of deep gratitude, of deep joy, and I say, ‘Thank you, life, for having allowed me to bring that to the screen.’ [laughs] I don’t know how other people will feel about it. But me? Denis Villeneuve when he was 14 years old? Thank you.”

While the upcoming movie is definitely focused on Timothee Chalamet’s Paul Atreides, Villeneuve told an Italian outlet recently the next one would have Zendaya’s Chani take over as the lead character…

“I can’t wait to shoot the second part of Dune to get [Timothée Chalamet and Zendaya] back together. Knowing that in the next chapter, Zendaya will be the protagonist of the story.”

Makes sense as the attention later in the story shifts to the Fremen and their fight alongside Paul against House Harkonnen. We’ll get to see Paul’s messianic rise from Chani’s perspective, which could be interesting.