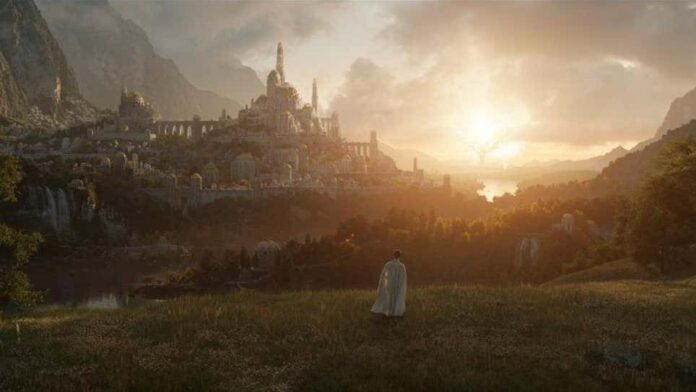 Second breakfast is back!!! For the reported $1B cost of Amazon’s Lord of the Rings series, a second breakfast is the least that should come with it. The long-awaited, much talked-about show is coming…in a little over a year. But at least we know exactly when and have a first image to hold on to.

The Lord of the Rings will debut on September 2nd 2022 on Amazon Prime Video. The look that we get…well, it’s kinda dull. But we can see a caped figure staring off into a vast, distant land, possibly elven in construct, and it looks like something Peter Jackson would’ve done. I’m sure that was the point because Amazon needs fans of Jackson’s movies to watch this series, too.

EW says the photo is from the first episode, so I wouldn’t be surprised if this is in the First Age as a setup to what follows. We know the show will take place in the Second Age as the various clans of Middle Earth deal with the reemergence of evil, and we see the rise of Sauron thousands of years before events in JRR Tolkien’s The Hobbit.

‘The Lord Of The Rings’: How Much Amazon Is Spending On Just One Season Is Absolutely Nutty