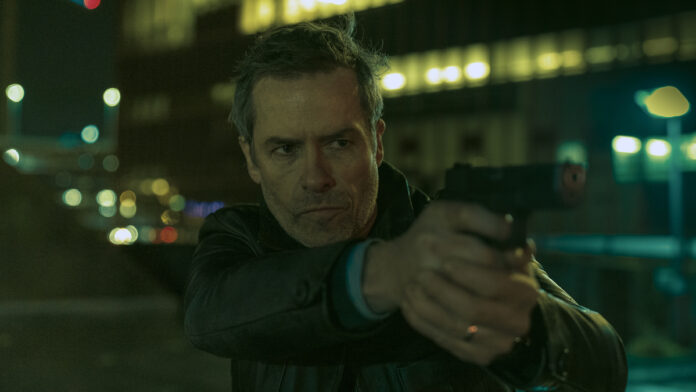 Guy Pearce is looking for robots in the new sci-fi noir film Zone 414. Set during a time when A.I.s have their own part of the city, Pearce’s David Carmichael must work with one to track down a powerful man’s daughter.

It doesn’t take a detective to see this movie is channeling the original Bladerunner, from the A.I. replicant connection to the wigs. It could be interesting to see where director Andrew Baird takes the genre, given we are so close to A.I. technology today.

Matilda Anna Ingrid Lutz will join Pearce as his possible femme fatale partner. Travis Fimmel (Warcraft, Vikings) and Jonathan Aris (Vivarium, The End Of The F***ing World) round out the cast in some intriguing makeup and costume design.

Set in the near future in a colony of state-of-the-art humanoid robots. When its creator’s daughter goes missing, he hires private investigator David Carmichael, to bring her home. David teams up with Jane, a highly advanced and self-aware A.I., to track down the missing daughter. Moving through the dangerous iron jungle, they rapidly piece together the mystery, uncovering a crime that leads them to question the origins of Zone 414 and the true purpose behind the “City of Robots.”