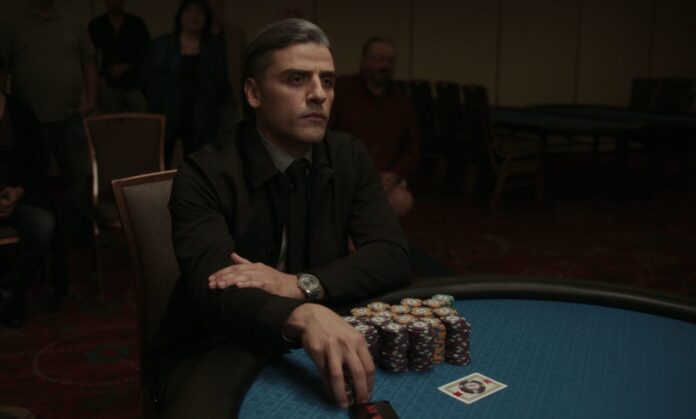 Not that Paul Schrader has anything left to prove with his storied career, but all eyes are on his follow-up to 2017’s First Reformed, which received tremendous reviews all around. That project is The Card Counter, which has only just been announced as part of the upcoming Venice Film Festival lineup, and we didn’t have to wait long to get our first footage.

Oscar Isaac stars in The Card Counter, and as you probably guessed from the title, he plays a gambler, also an ex-military officer, as he’s haunted by the ghosts of past decisions. The film also stars Tiffany Haddish, who continues to work in dramatic spaces lately, plus Tye Sheridan and Willem Dafoe.

Filming took some detours due to COVID, including one supporting actor testing positive for the virus. But Schrader is an old hand at this point and got the film done quickly once shooting resumed.