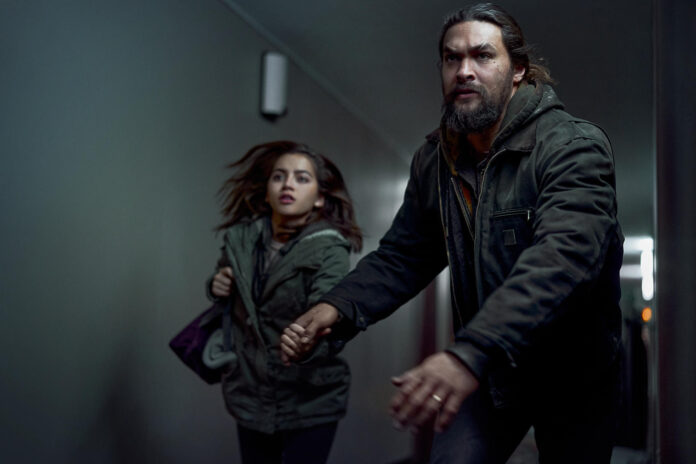 Jason Momoa is out for justice, minus his Justice League allies, in the new Netflix thriller, Sweet Girl. A personal project for Momoa, he’s been attached to produce and star in the film for a couple of years, continuing his partnership with Netflix that begin with the series Frontier that ran for three seasons.

Sweet Girl stars Momoa as a Ray Cooper, a father who seeks vengeance against the pharmaceutical company that pulled a life-saving drug off the market before his cancer-stricken wife could get treatment. When she dies, Ray wants justice but instead uncovers a deadly truth that puts him and his young daughter in the crosshairs.

Devoted family man Ray Cooper, vows justice against the pharmaceutical company responsible for pulling a potentially life saving drug from the market just before his wife (Adria Arjona) dies from cancer. But when his search for the truth leads to a deadly encounter that puts Ray and his daughter Rachel (Isabela Merced) in harm’s way, Ray’s mission turns into a quest for vengeance in order to protect the only family he has left. SWEET GIRL is directed by Brian Andrew Mendoza and stars Justin Bartha, Amy Brenneman, Manuel Garcia-Rulfo, Raza Jaffrey, Lex Scott Davis and Michael Raymond-James.