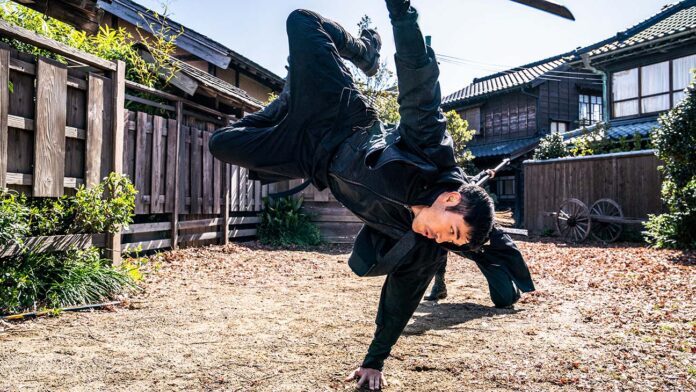 If the deluge of promos for Snake Eyes are any indication, Paramount must have very big plans for the GI Joe franchise. The ’80s toy brand has never quite lived up to expectations at the box office, so the gamble now is to focus not on the military team itself, but on its most popular character, in an origin story no less.

With the film opening in just a few days, Paramount has dropped one final trailer that gives us another look at star Henry Goulding as the ninja warrior. The story takes us back to a time before he joins the GI Joe squad, however there are plenty of familiar characters involved. Andrew Koji plays Snake Eyes’ friend/rival Storm Shadow, with Samara Weaving as Scarlett (Snake Eyes’ lover in the comics), Úrsula Corberó as Baroness, Iko Uwais as Hard Master, and Peter Mensah as Blind Master. Haruka Abe plays Akiko, with Tahehiro Hira as Kenta, both new characters.

It’s an interesting move to relaunch GI Joe this way, but you’ve got to come up with avenues to reach different audiences. Here’s hoping it works out because I really need to see some of my favorite Joes, such as Roadblock, Bazooka, Destro, and of course Dr. Mindbender.

‘The Expendables 4’: Iko Uwais Will Kick Stallone And Statham’s Butts As The Action Sequel’s Villain