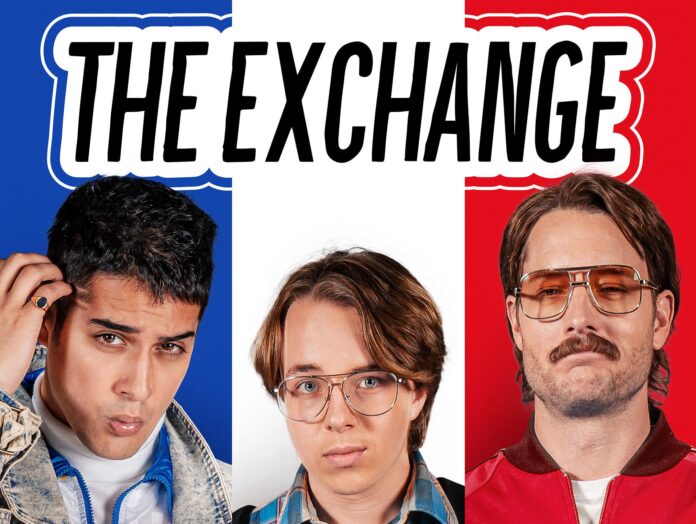 When I sat down to watch The Exchange I immediately went through my mental rolodex of teen coming of age comedies and realized that we haven’t really seen any lately. The 80s saw John Hughes, the 90s had the mini-wave of teen sex comedies thanks to American Pie, they were sprinkled across the 2000’s and then went dark. I hate to sound like an old guy, but is this like a YouTube effect thing? Did YouTube kill the Video Star? 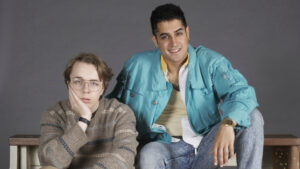 As you probably guessed already The Exchange is one such coming of age film. The film follows Tim (Ed Oxenbould), an awkward social outcast living his high school years in small-town Canada circa 1985. After an especially bad day (year?) Tim decides that he’ll order his own friend via the French exchange student program and hopefully shoot up the social later by association, this incoming French import must be cool, right? Yeah, nope…not what happens. Stephane shows up looking like a bad eastern European stereotype, definitely not the high-fashion, sophisticated Frenchman he was expecting. Even still, the exotic aspect surrounding Stephane pulls the interest of townspeople and co-ed’s alike but while Stephane initially pulls some curiosity his differences from the rest of the populous quickly rise to the top igniting subtle xenophobia. As you can guess the two opposites fight their differences to come together and we all learn a lesson in the end. 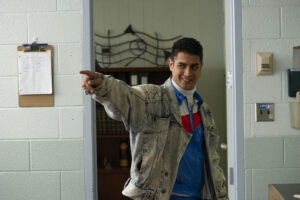 I love that this flick gives us a different perspective then we’ve seen before. Feeling more Freaks and Geeks then Sixteen Candles the era feels genuine. By that I mean we don’t see the Hollywood 80s full of California Raisins and neon, but the wood paneled, somewhat dirty, and slightly depressing 80s most of us remember. The townspeople and even the town itself, feeling the recession that defined most of the decade, is colored with an undercurrent of melancholy that full establishes the tone of the people. This is why Stephane worked so well for me, he comes in as the total opposite of his surroundings. Brightly colored, full of energy and without shame. Some might call it obvious, and maybe it was but Avan Jogia plays the character with enough heart and charisma to make the annoying, surprisingly endearing. Ed Oxenbould ends up as a perfect cloud to Jogia’s sunshine. The scenes where Tim’s jealousy is on 11 are really where he shines, showing the character as both envious and angry at his own envy….portraying a “Why do they like this? Why do I like this?” feeling that’s hard to nail down.

The Exchange isn’t going to find itself on any lists of top 10 teen movies, sure it’s formulaic and at times obvious, but it does it’s job and it does it well. The fish out of water scenes upon Stephane’s arrival brought out more then a few giggles but the real draw ends up being the heart that director Dan Mazer finds in the second half of the film. The unfortunate truth that the shared feeling of being hated by others can bring people together, and that racism isn’t unique to America but is rather a world wide problem both hit hard. In the end it’s the chemistry between Tim and Stefane and the friendship that emerges that will make your time with The Exchange worth it. 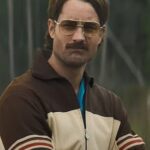 Bonus notes I couldn’t find a place to include above. The film is based on writer Tim Long’s own experiences with an exchange student in high school. For those fans of either Smallville or This Is Us will be delighted to find a surprisingly unrecognizable Justin Hartley in a really fun role as the school’s soccer coach. It’s amazing what brown hair and a mustache can do to change a persons look.

The Exchange is available now on VOD