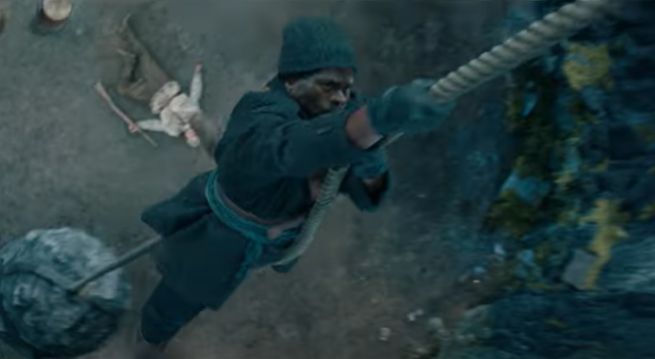 I’m going to say it, the Kingsman series is one of the most underrated action franchieses of the last 10-years. Yes they’re a bit cheesy, even offensive in parts, but they are SO much fun. The King’s Man the third film in the series, and a prequel looking at the start of the espionage organization, was a casualty of the COVID schedule switcheroo. We are finally going to get to see the film December 22nd, 2021, a full year and a half after it’s original intended release. The upside? A second bite at the marketing campaign that’s requiring them to dig a bit deeper then the first time around, the result is trailers like the ‘Legacy’ trailer we got today. Tons of new footage cut with DVD extra style interviews looking at the film itself and where it fits into the series at large.

While I’m still not happy Taron Edgerton isn’t front and center, I take alot of solace in the fact that Djimon Hounsau and Gemma Arterton are two of the folks taking his place. While they are my favorites of the group, there isn’t a slouch in the main cast which is also comprised of Ralph Fiennes, Rhys Ifans, Matthew Goode, Tom Hollander, Harris Dickinson, Daniel Brühl, and Charles Dance

Check out the trailer below and look for The King’s Man in theaters on December 22nd, 2021

As a collection of history’s worst tyrants and criminal masterminds gather to plot a war to wipe out millions, one man must race against time to stop them. Discover the origins of the very first independent intelligence agency in The King’s Man.