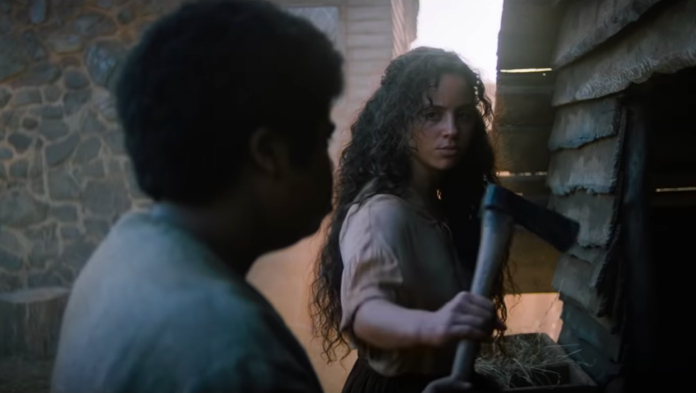 The grisly story of Shadyside comes to a close with the final chapter in Netflix’s Fear Street trilogy. Following films set in the years 1994 and 1978, the finale goes all the way to the beginning in the year 1666 when the town was gripped with fear of witches.

Netflix has turned the entire month of July into an early Halloween treat for horror fans. The three Fear Street chapters have debuted in consecutive weeks, with this being the conclusion.

Leigh Janiak directed all three chapters along with co-writing the screenplays. This has been a huge breakthrough for him, after turning heads with his indie horror Honeymoon in 2014.

You can check out our reviews of the previous films here.

SYNOPSIS: In 1666, a colony is gripped by a hysterical witch-hunt that has deadly consequences for centuries to come. Meanwhile, the teenagers in 1994 and 1978 try to finally put an end to the town’s curse before it is too late.