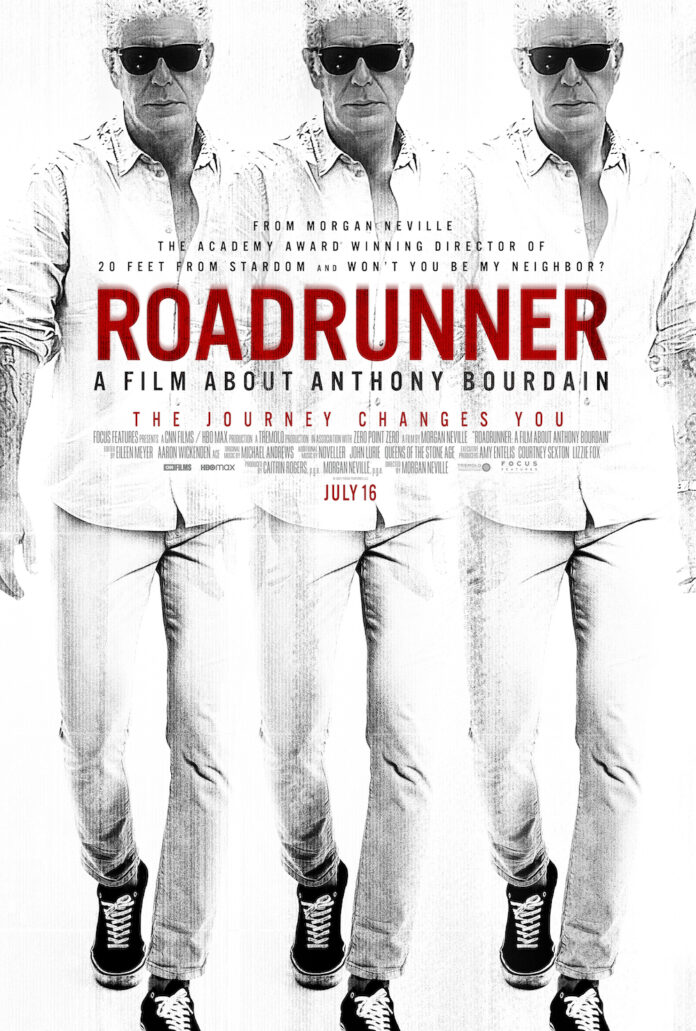 We’re happy to offer our DC readers the chance to attend a free early screening of Roadrunner: A Film About Anthony Bourdain!

SYNOPSIS: Anthony Bourdain, the gifted chef, storyteller and writer said: “If I’m an advocate for anything, it’s to move. As far as you can, as much as you can. Across the ocean, or simply across the river. The extent to which you can walk in someone else’s shoes – or at least eat their food – it’s a plus for everybody. Open your mind. Get up off the couch. Move.”

ROADRUNNER: A FILM ABOUT ANTHONY BOURDAIN, is an extraordinarily moving documentary by Academy Award-winning director, Morgan Neville. It will open in movie theaters on July 16th. Anthony Bourdain inspired people through his books (including Kitchen Confidential), his work as a chef (at Les Halles in New York), and his television shows (including “No Reservations” and “Parts Unknown”.) Anthony Bourdain died by suicide in 2018. ROADRUNNER: A FILM ABOUT ANTHONY BOURDAIN chronicles his life as a culinary icon and inveterate adventurer. It also shines a light on his mental health issues. In April 2021, his long-time associate, Laurie Woolever, published a book, co-authored with Bourdain, called World Travel: An Irreverent Guide. ROADRUNNER: A FILM ABOUT ANTHONY BOURDAIN is produced in partnership with CNN Films and HBO Max.

The screening takes place on Wednesday, July 14th at 7:00pm at Regal Gallery Place. If you’d like to attend, simply go to the Focus Features ticketing site here. Please remember all screenings are first come first served and you will need to arrive early to ensure seating.