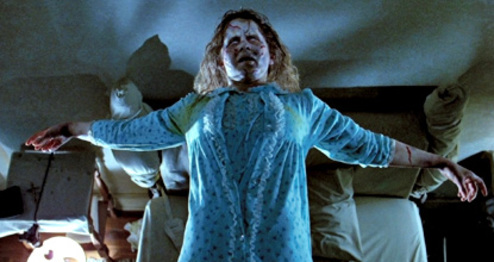 Figuring out where David Gordon Green would land next has always been difficult, given the range of his films includes indies like George Washington and stoner comedies such as Your Highness. He seems to have settled into a specific kind of horror remake groove now, following his hit Halloween films, an upcoming Hellraiser series, and as we learned last month, a sequel to The Exorcist alongside Blumhouse.

But today comes word that this won’t be just a single movie, but an entire trilogy of Exorcist films acquired by NBC Universal and Peacock for a whopping $400M! Damn. Green will write and direct each film, with Jason Blum producing and the folks at Morgan Creek, who have held the rights for years, on board, too.

In keeping with Green’s Halloween which brought Jamie Lee Curtis back into the franchise, The Exorcist will see Ellen Burstyn return as Chris MacNeil, whose child Regan was the demon’s victim in the first movie. Burstyn wasn’t involved in the sequels or the latter prequels that followed. Joining her will be Leslie Odom Jr., who will play a father whose child has been possessed. He turns to Chris for help, probably because she’s been through craziness herself. [NYT]