When Marvel announced at Comic-Con two years ago that Oscar winner Mahershala Ali would be starring in a new Blade movie, it sent shockwaves among the crowd and fans everywhere. Since then, news on the film has been scarce, but lately there’s been movement. Watchmen writer Stacy Osei-Kuffour was hired to write the script a few months ago, and now Deadline says a director has risen to the top of Marvel’s list.

Bassam Tariq is Marvel’s choice to direct Blade, centering on the day-walking vampire hunter. Tariq is best known for his upcoming film, Mogul Mowgli, which he co-wrote with star Riz Ahmed. He also directed the acclaimed Sundance doc These Birds Walk. A deal with Tariq has yet to be inked. 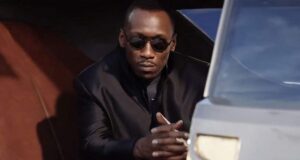 Tariq’s films have explored the diversity in Muslim culture, and considering Mahershala Ali is also Muslim there could be a unity of purpose here. Perhaps Marvel is considering having Blade be Muslim? To the best of my knowledge his religion has never come up in the comics, but I could be wrong. That would be an interesting wrinkle.

It also makes me wonder if maybe Ahmed can be brought in for a role? Fingers crossed.