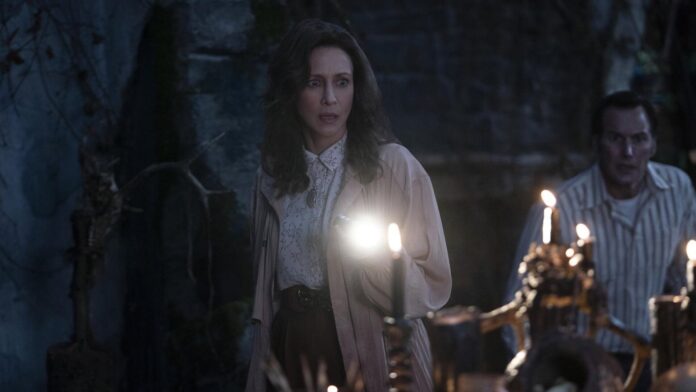 Evil will come to theaters and HBO Max this weekend with the release of The Conjuring: The Devil Made Me Do It. What began as James Wan’s horror film starring Patrick Wilson and Vera Farmiga as real-life paranormal investigators Ed and Lorraine Warren has blossomed into a franchise eight movies deep. This one marks the third in the core series, and chronicles a wild true story from the 1980s that brought the idea of the devil into the courtroom.

Here’s the synopsis: “The Devil Made Me Do It reveals a chilling story of terror, murder and unknown evil that shocked even experienced real-life paranormal investigators Ed and Lorraine Warren. One of the most sensational cases from their files, it starts with a fight for the soul of a young boy, then takes them beyond anything they’d ever seen before, to mark the first time in U.S. history that a murder suspect would claim demonic possession as a defense.”

For the first time, Wan steps aside as director and hands the reins over to Michael Chaves. Wan stays in a producer role, while David Leslie Johnson-McGoldrick is back on the script.

Reviews are already starting to trickle out, and I’m trying not to hear a thing before our screening tomorrow. Not that The Conjuring is known for huge twists or anything, and this one in particular is base on a case you can look up on Wikipedia, but I want to go in expecting the best because these movies are always great.

The Conjuring: The Devil Made Me Do It hits theaters and HBO Max on June 4th.