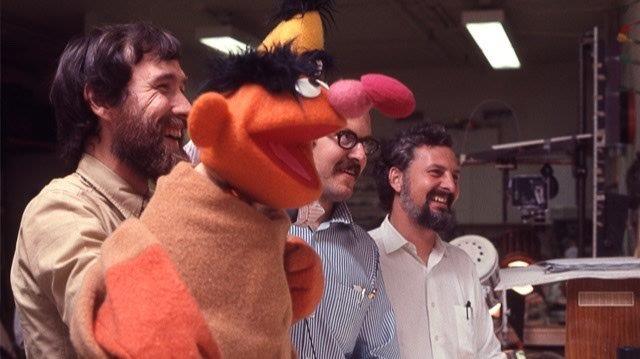 For the past 50 years, children across the world have been educated and entertained by Bert, Ernie, Big Bird, Cookie Monster, Count Von Count, Oscar The Grouch, Elmo, and countless others by watching Sesame Street. The incredibly popular children’s programming and educated and inspired generations of children (and adults) through the years with their wonderful characters and education that never tried to talk down to children, it just wanted to teach them, and the world as we know it has been better off as a result. Inspired by the book “Street Gang: The Complete History of Sesame Street,” director Marilyn Agrelo filmed Street Gang: How We Got To Sesame Street and provided not only a great history lesson of the origins of the honored television show, but an intimate look at the show from the cast and crew who made the magic happen for the last 50 years.

One thing right off the bat that Street Gang helps illuminate is just how forward-thinking, progressive, and incredibly woke the creators of Sesame Street really were. We tend to think of Sesame Street as just learning about numbers and letters through muppets, but one of the driving factors of the show was to help young inner-city black and brown kids have tools of education, something that wasn’t available at that time, and they wanted to help close the education gap for minorities all the way in 1969! Getting young suburban homes to watch a children’s television program might now have been that difficult, but Street Gang shows the steps taken to ensure that was their mission including a massive outreach campaign to ensure that black households knew about a barely known public broadcasting show was available so that young children of color would be able to watch the program when it debuted.

In addition to working with educators and psychologists to fine-tune the show to help educate children, Sesame Street needed to be able to entertain children as well as educate them. Cooney enlisted Jim Henson, who at the time was a puppeteer who was doing the equivalent of “late-night puppet TV” with somewhat adult humor on them to help create characters that would resonate with children. We all now know Henson as the literal god of puppeteering at television programming, but at the time he was an unknown person who looked “like a hippie.” Henson and his team of puppeteers (including Yoda himself, great Frank Oz) helped build great characters that as Cooney says herself, will be around 200 years from now. She also bought in the unsung hero of Sesame Street, director Jon Stone, who was pretty much the showrunner of the program to put everything together. Also brought on board is musical director Joe Raposo, who is responsible for all your favorite childhood songs like “C is for Cookie” and “Not Easy Being Green,” which the Street Gang even provided its racial double meaning contexts. Cooney, Henson, Stone, and Raposo then put together something magical that has remained the best thing done for children for the past 50 years as a result.

Street Gang works incredibly well at pulling at your nostalgia as literally everybody loves Sesame Street. Interviews with all the living cast members. You can’t help but get excited when you see Luis, Maria, Gordon, and countless others share their experiences. Speaking of Gordon, we even got to learn about the history of Matt Robinson, the actor who originally played Gordon. Prior to Sesame Street, Robinson hosted his own Philadelphia talk show “Opportunity in Philadelphia” to showcase opportunities for African-Americans in the Philadelphia area. He was also the father of actress Holly Robinson Pete, who spoke on his behalf with her brother and mother for interviews, and even shed light on his unfortunate departure after a puppet he created was removed from the show for being what was considered to stereotypical at the time.

As Sesame Street showcased a diverse and integrated cast, there were a few roadblocks through the years. A small part of the documentary shows how the show was banned in Mississippi because… well it was Mississippi. Even though there were issues in education and income in that state, their public broadcasting groups refused to show Sesame Street when it first aired. However, this is a badge of honor that Cooney (who was active in the Civil Rights Movement) wears with pride. In the end, she did not have any of the programmings changed, and eventually, the state’s broadcasting groups decided to air the show as their young people could care less about an integrated cast.

In addition to showing all the joys and wonders of working on Sesame Street, Street Gang also showed the demanding sacrifice of putting on such a beloved and time-consuming show. Children of Henson, Raposo, and Stone speak of how they rarely got a chance to see their parents because so much time was dedicated to Sesame Street. Stone’s two daughters say that Sesame Street was his third child by how much focus he had on running the show. His daughters also speak of how their father was frustrated that he never got the credit he probably deserved as much of the media attention of the show’s success was always centered on creator Joan Ganz Cooney and not his hard work, which led him to continuously battle depression.

The only real criticism of Street Gang is that it seemed the sale from PBS to HBO/HBO Max was not discussed during the documentary. Sesame Street received a little bit of criticism for taking a children’s show and putting it behind a paywall on a premium cable channel with a 9-month first look before showing episodes on PBS almost a year after airing. It would have been interesting if that subject was explored during the documentary.

Of course, Street Gang touched the sad subject of Mr. Hooper’s death, which allowed Sesame Street to deal with and educate children on the subject of death. When actor Will Lee passed away, everyone thought it could be a great teaching opportunity to help young children understand the subject of death. Sure, he could have just “retired” and moved “down south,” but instead the show decided to tackle the subject head-on and have Big Bird be the audience avatar and learn about death and how to process it in a way that respected children as well as respected Will Lee. Each of the cast and production crew members who discussed that episode did it with a great deal of emotion about not only losing a family member, but then trying to help children understand the process as they were going through it itself. It was incredibly emotional. Another emotional aspect displayed in Street Gang is the death of Jim Henson as he truly was the glue of the show.

Street Gang is an incredible documentary that should be seen by children of all ages though. It provides a historical and intimate look at what was just a radical idea to help teach children, through becoming a cultural institution for education and entertainment across the world. Much of the behind-the-scenes footage is priceless. You’ll love to hear Big Bird say “what the hell” in outtakes as well as see the dedication, time, and energy the cast and crew put into each character, song, line, and acting in the name of helping children across the world learn to their best ability.

Street Gang: How We Got to Sesame Street is available now on VOD.