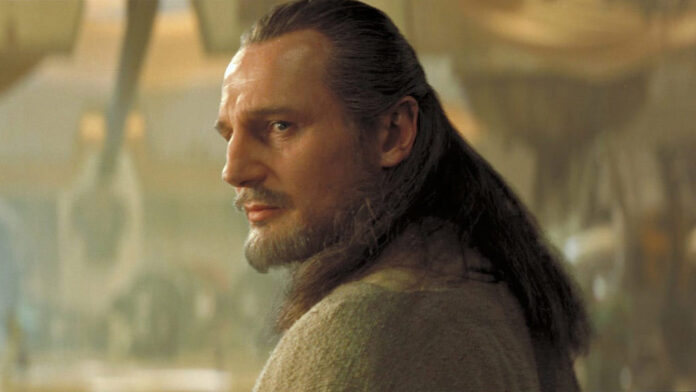 It made so much sense, and with the return of familiar faces like Hayden Christensen added to the cast it was almost a foregone conclusion that Liam Nesson would be making an appearance in the upcoming Disney+ series  Obi-Wan. Sadly, it appears that is not the case as Nesson recently alluded to his absence in a talk with Collider. Or not. Really it depends on how you read it. When asked if he was aware that fans all over were hoping for him to be on the show, Neeson responded, “I’ll be honest with you: I haven’t heard that at all.” Ok, so he’s not hip to the internet buzz, not too surprising for a guy in his 70s. Later Neeson questioned whether Star Wars was on it’s way out, dying out were the exact words. So either Neeson is truly separated from pop culture/Hollywood media (I mean, who didn’t see the investor day announcements from 2020?) or he’s playing coy.

While the intimation is that Neeson hasn’t been contacted, he never actually says that. He only says he wasn’t aware of fans clamoring for his return, then expresses surprise that Star Wars is still going strong. When asked whether he’d be up for playing Qui-gon Jinn again Neeson responded “Sure, I’d be up for that, yeah”

My take? Neeson will appear in voice-over as Obi-Wan’s fallen master. I mean, can we really take anyone at their word when they’re asked about appearing in any of these big franchises? They sign their souls as collateral on the NDA, of course they’re not going to tell us. There’s no reason for Neeson to be on set, after all Qui-gon was the first Jedi to defy death but he was only able to communicate telepathically, no hazy blue force ghosts for the ponytailed one. Now, if he doesn’t show up it leaves a big hole. Historically Obi-Wan’s time on Tatooine was spent looking over Luke from afar, nothing exciting. Someone had to teach him to commune from the dead, and it was established at the end of Revenge of the Sith that Jinn was speaking to both Yoda and Kenobi.

The only way an Obi-Wan Kenobi show works is if you have bookended falshback episodes. Opening and closing with Obi-Wan meditating in his hut on Tatooine (this is where Neeson would come in), with flashback episodes of his time with Anakin as the meat of the episode. I know, they are crediting Christensen as Vader, but why pay an actor to put on a suit. They could get a stuntman to do it at half the cost. I guess all we can do is wait and see, but I’m putting my money on the scenario above.