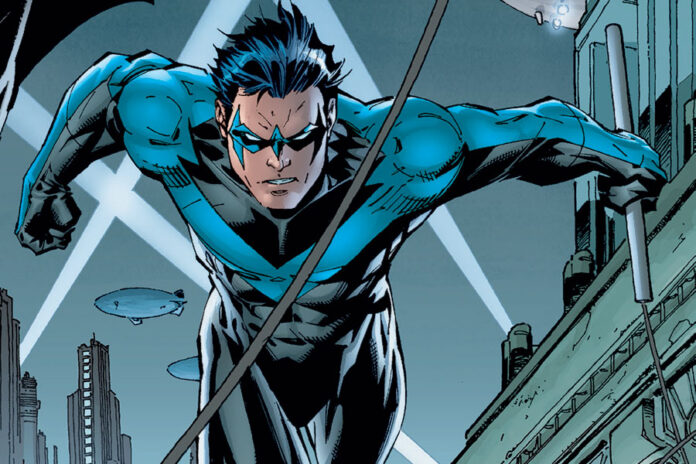 Way back in 2017, The Lego Batman Movie‘s Chris McKay was set to direct a Nightwing movie for Warner Bros. The film would center on Dick Grayson, the former Robin and ex-sidekick to Batman who became a respected hero in his own right. But with so many changes in the DCEU, the film was put on ice and many assumed it had died a quiet death. But according to McKay in an interview with CinemaBlend, all hope is not lost…

“I hope it’s still a reality. I hope that we still get to make that movie. As far as I’m concerned, it’s not lost yet. It is obviously something that… they’ve had other priorities, they’ve had other challenges. They’d had things that they needed to do, and I think that they found their way, with their recent successes, and the stuff that they are planning on doing now.”

“I think it opens the door for us to still be able to do a Nightwing movie,” he continued. “Whether you call it ‘in an alternate universe’ or you pick in their multiverse universe which universe it’s part of, there are different ways into it. But Nightwing is a big, action-packed, emotional movie. It may not, budgetarily, be similar to what we do with The Tomorrow War. But from a scope and scale standpoint, as far as the kind of action and the kind of heart, that’s what Nightwing is going to be all about.

It’s possible if Nightwing does happen it will be another mid-budgeted film similar to Batgirl and Blue Beetle, which are going direct to HBO Max.

Nightwing has a script by Bill Dubuque (The Accountant), but with so much time having passed it’s possible that someone will come in and give it a rewrite. As far as we know, Michael Keaton’s Batman will be sticking around the DCEU once Ben Affleck departs after The Flash. To me, that leaves the door open for a new, younger protector of Gotham City and Nightwing fits the bill.

Coming up next for McKay is sci-fi alien invasion blockbuster The Tomorrow War which hits Amazon Prime on July 2nd.

‘The Tomorrow War’ Teaser: Chris Pratt Fights To Save The Future In Amazon’s Summer Sci-Fi Blockbuster