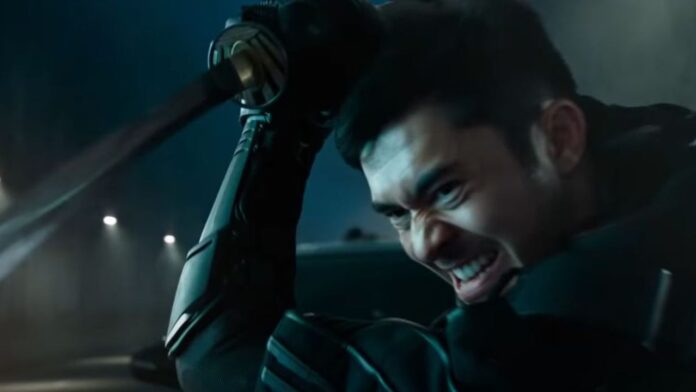 Following the domestic trailer released just days ago, Paramount has dropped a new international trailer for Snake Eyes: GI Joe Origins with some different footage. There are high hopes that this will be the film that makes GI Joe a big screen staple, similar to its ’80s counterpart Transformers. Two previous attempts, 2009’s The Rise of Cobra and 2013’s Retaliation failed to get the job done despite decent box offices.

Henry Goulding leads the way as Snake Eyes, the Joe team’s enigmatic ninja commando. As the title suggests, the film is an origin story for him, centering on his training as part of the Arashikage clan and how it sets him on the path to becoming the soldier we all know.

With the inclusion of Storm Shadow and Baroness, this is as much of an inside look at the formation of COBRA, the shadowy terrorist organization that becomes GI Joe’s greatest enemy. Here we learn that they’re trying to start a war, and we even get a look at the iconic COBRA insignia. Perhaps there will be a Cobra Commander cameo? We’ll also see the beginnings of the relationship between Snake Eyes and Scarlett, who become longtime lovers in the comics and animated series.

‘The Expendables 4’: Iko Uwais Will Kick Stallone And Statham’s Butts As The Action Sequel’s Villain