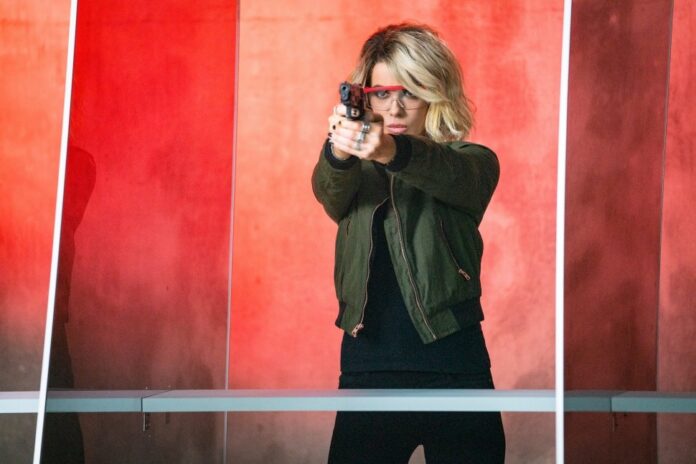 Welcome back to the land of the action flick, Kate Beckinsale. The Underworld and Total Recall star takes on a shocking new role in Jolt, a revenge thriller that looks like it could be the next Crank.

Headed to Amazon Prime next month, Jolt stars Beckinsale as a woman with a rare neurological disorder that causes random murderous impulses that she must shock herself with a special device to stop. That makes it pretty hard to find a real romantic connection, but when she finally does, the guy ends up murdered the next day. Time for some payback!

The film has a script by Scott Wascha, but what could catch the eye of cinephiles is director Tanya Wexler. She’s known best for her unique female-fronted films such as Hysteria and Buffaloed. Joining Beckinsale in the cast are Bobby Cannavale, Jai Courtney, Laverne Cox, Stanley Tucci, and Susan Sarandon. Hell of a cast.

Lindy is a beautiful, sardonically-funny woman with a painful secret: Due to a lifelong, rare neurological disorder, she experiences sporadic rage-filled, murderous impulses that can only be stopped when she shocks herself with a special electrode device. Unable to find love and connection in a world that fears her bizarre condition, she finally trusts a man long enough to fall in love, only to find him murdered the next day. Heartbroken and enraged, she embarks on a revenge-filled mission to find his killer, while also being pursued by the police as the crime’s prime suspect.