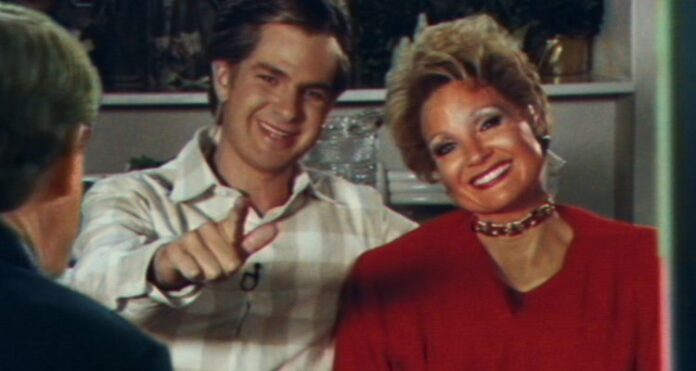 As the moviegoing experience begins to return to normalcy, it isn’t all blockbusters we have to look forward to. There are some films that cinephiles have been anticipating for a long time, and right at the top of the list is The Eyes of Tammy Faye. Not only does the story of televangelists Jim and Tammy Faye Bakker deserve the big-screen treatment, but the film stars Jessica Chastain and Andrew Garfield. Yes please.

People has delivered our first look at Chastain and Garfield in The Eyes of Tammy Faye, and they’re damn unrecognizable. The film centers on Jim and Tammy Faye Bakker, who became huge celebrities by preaching to the reglious masses on television. Of course, it was all one big scam, and Jim got wrapped up in an adultery scandal with Jessica Hahn. But it was Tammy Faye who took the most public scrutiny, becoming a punchline to comedians and the media.

“Here’s a woman that I had an idea of because of what I was fed about her,” Chastain said. “Even the thing about the mascara running down her face. There is not one picture of her with mascara running down her face in reality. But people were always making her into a clown and punishing her for the mistakes of her husband, which all throughout history women have been the victim of, atoning for the sins of men.”

The Eyes of Tammy Faye is directed by Michael Showalter (The Big Sick) and based on the 2000 documentary. It arrives in theaters on September 17th.

‘Under The Banner Of Heaven’: Andrew Garfield & Daisy Edgar-Jones To Star In LDS Crime Series From David Mackenzie