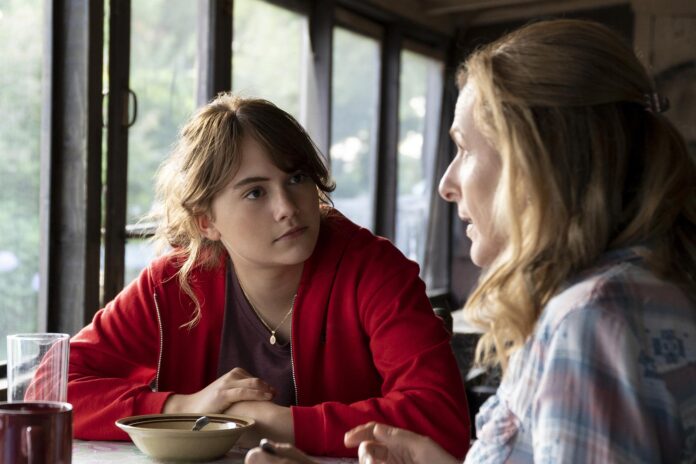 The most irresistible film at Sundance this year? Unquestionably it was CODA, or Child of Deaf Adults, Siân Heder’s terrific coming-of-age film that featured a breakout performance by star Emilia Jones. The list of accolades it received from the festival is impressive, winning the U.S. Dramatic Grand Jury Prize, U.S. Dramatic Directing Award, U.S. Dramatic Audience Award, and a U.S. Dramatic Special Jury Award. Apple TV+ scooped up the rights and I think they have a huge hit on their hands, and now you can get a look at it in a new trailer.

Jones stars as Ruby, the only hearing member of a deaf family in a small Massachusetts fishing town. Her early mornings are spent on the water working for her family’s fishing business, by day she’s a regular teen girl in high school, and in the evenings she’s back at work as a much-needed interpreter. But fishing isn’t Ruby’s passion, music is. So she joins the high school choir, which puts her at odds with the people closest her.

CODA hits Apple TV+ on August 13th. I absolutely loved this movie, and you can check out my review of it here.