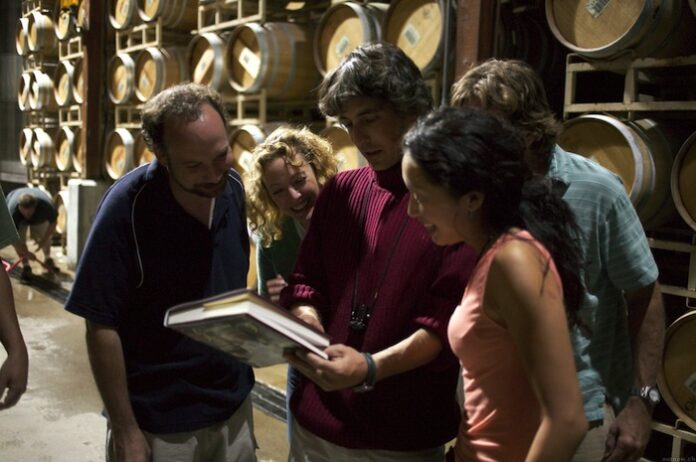 It’s been a tough road for Alexander Payne of late. His previous film, the sci-fi comedy Downsizing, was the biggest of his career but also perhaps his biggest flop. Since then he’s struggled to get anything off the ground, whether it was culinary comedy The Menu, which is now being directed by someone else, a Babette’s Feast remake that’s stalled, or his Mads Mikkelsen drama that got axed days before production. But it looks like he’s ready to make a proper return, and he’s bringing along old friend Paul Giamatti to help make it happen.

It’s going to be a Sideways reunion between Payne and Giamatti as they’ll team up for The Holdovers. The comedy has a script by David Hemingson (Whiskey Cavalier) from an idea Payne cooked up after watching a 1930s French film about boarding school life. Here’s how the film is described by Deadline…

“Giamatti plays a universally disliked teacher at the prep school Deerfield Academy. His non-fans include his students, fellow faculty and headmaster who all find his pomposity and rigidity exasperating. With no family and nowhere to go over Christmas holiday in 1970, Paul remains at school to supervise students unable to journey home. After a few days, only one student holdover remains — a trouble-making 15-year-old named Angus, a good student undermined by bad behavior that always threatens to get him expelled. Joining Paul and Angus is Deerfield’s head cook Mary—an African American woman who caters to sons of privilege and whose own son was recently lost in Vietnam. These three very different shipwrecked people form an unlikely Christmas family, sharing comic misadventures during two very snowy weeks in New England, and realizing that none of them are beholden to their past.”

Yep, that sounds like the perfect combination of quirkiness and human drama from the guy who gave us Nebraska, The Descendants, and About Schmidt.

“The story focuses on one kid in particular, a real smart ass troublemaker, who’s 15 years old and a good kid underneath,” Payne said. “His widowed mother has recently married a rich guy and she wants to use this vacation as her honeymoon. At the last minute she breaks the kid’s heart and tells him he has to stay at the school. Selected this year [to watch the stranded students] is Paul Giamatti, this curmudgeonly walleyed disliked history teacher. Eventually, the other three or four boys find other places to go and it becomes a two-hander, but actually a three-hander because of the cook who stays behind and it becomes about the adventures of these three over a very snowy Christmas holiday in New England.”