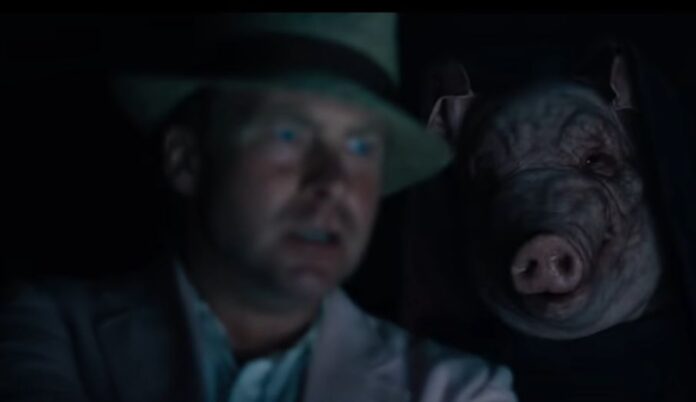 Spiral: From the Book of Saw has been keeping it’s buzz going since the original announcement that Chris Rock (of all people) was putting together a sequel, of sorts, to the Saw series. The film releases in just 3 days, but you don’t have to wait that long for a taste of what’s to come. Lionsgate decided to give us a peak and release the opening scene in full, fair warning…it is disturbing to say the least. I’ve always ranked the pit of needles from Saw 2 as the most shudder inducing trap the series had to offer, it’s possible that trap just got replaced.

I don’t want to spoil too much about the clip and let you enjoy it for yourself, but let’s just say, in addition to the clue-filled crappy puns I’ve included throughout this article, it is a TERRIFYING fate for someone who can’t stop talking, like myself.

Honestly, it’s a damn good thing that they put some real thought into these traps because I was ready to turn this off when I heard the voice. The Jigsaw voice is SO bad in this clip I almost want to think it’s a parody. Even if the killer is female, which the voice at least seems to be, there’s no reason for her to sound like a cross between an early 80’s Star Trek computer voice and a broken Speak n’ Spell. Try as I might I can NOT figure out how no one involved pointed out how stupid it sounds, the “I want to play a game” from the original is so iconic, you’d think they’d at least try to replicate it.

All that being said, if the traps are good, and the chase is good, I can get over the rest.