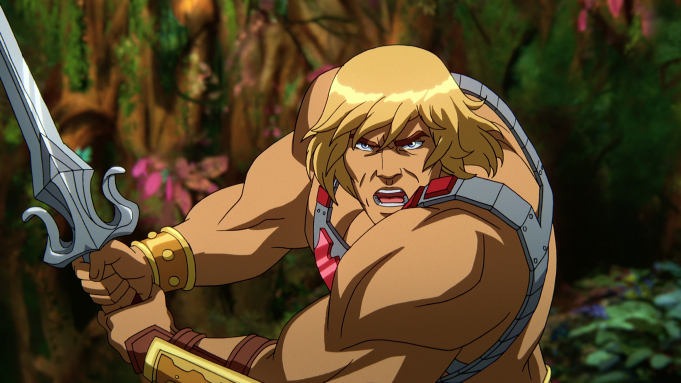 By the power of Greyskull, these first images from Netflix’s upcoming Masters of the Universe: Revelation series look amazing! The new installment in the He-Man franchise has gotten a ton of press, mostly due to the showrunner being Kevin Smith in an unusual role for the filmmaker, but I’m starting to think the buzz is worthy.

I’ll fess up to something, I’m a cell-shaded animation style snob. I’ve never been a fan of the anime style taken up by most animated series today. I’ve been disappointed time and again by revamps of Transformers and Thundercats, both of which I just couldn’t get into visually. Concept art had me thinking Masters of the Universe: Revelation was going to be more of the same, lo and behold they’ve used a hybrid style that is extremely striking. It’ll be hard to tell what to expect until we see the warriors of Eternia in action, hopefully we will have a trailer soon.

So let’s see…an amazing animation style, a rocking score (see the video at the bottom of the post, what am I forgetting? Oh, that’s right, an insane cast with Chris Wood (Supergirl) in the role of Prince Adam/He-Man, Mark Hamill as Skeletor, Game of Thrones’ Lena Headey as Evil-Lyn, Sarah Michelle Gellar as Teela, Alicia Silverstone as Queen Marlena, and Kevin Conroy as Mer-Man. It’s official, there’s no way this show doesn’t kick ass!

When you’re done drolling over those sweet, sweet images check out the video below in which Kevin Smith intros the theme for the show, which is about as epic as these pictures seem.