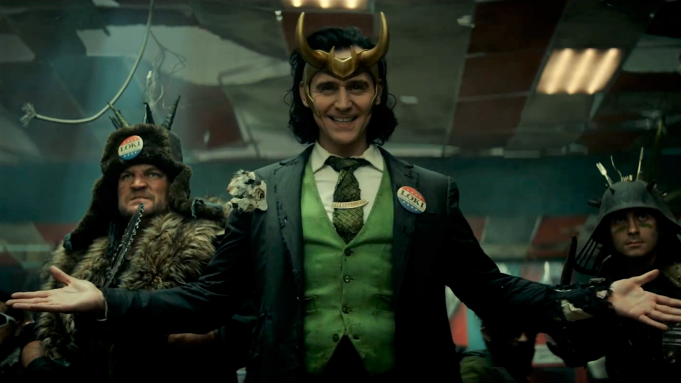 “Wednesdays are the new Fridays.”

Leave it to Loki, the god of mischief, to disrupt the natural order of things on Disney+. Because not only has the upcoming Loki series from Marvel Studios moved up its release date a couple of days to June 9th, new episodes will debut on Wednesdays instead of Fridays like WandaVision and Falcon and the Winter Soldier did.

You might be asking yourself why this matters? Well, it avoids potential conflicts down the road, as the Loki finale would’ve been going head-to-head with Black Widow on Friday, July 9th.

Tom Hiddleston dropped the news himself in a brief video message in which he talks up Loki as if he’s one of the MCU’s top heroes. Of course, that’s not true, and this series won’t have him playing the hero, either. After stealing the Tesseract in Avengers: Endgame, disrupting the timeline something fierce, Loki has been charged by the Time-Variant Authority with fixing what he broke. The cast includes Owen Wilson, Gugu Mbatha-Raw, Sophia Di Martino, Wunmi Mosaku, and Richard E. Grant.

Marvel Studios’ “Loki” features the God of Mischief as he steps out of his brother’s shadow in a new series that takes place after the events of “Avengers: Endgame.” Tom Hiddleston returns as the title character, joined by Owen Wilson, Gugu Mbatha-Raw, Sophia Di Martino, Wunmi Mosaku, and Richard E. Grant. Kate Herron directs “Loki,” and Michael Waldron is head writer.